posted on February 1st 2016 in Iceland with 3 Comments 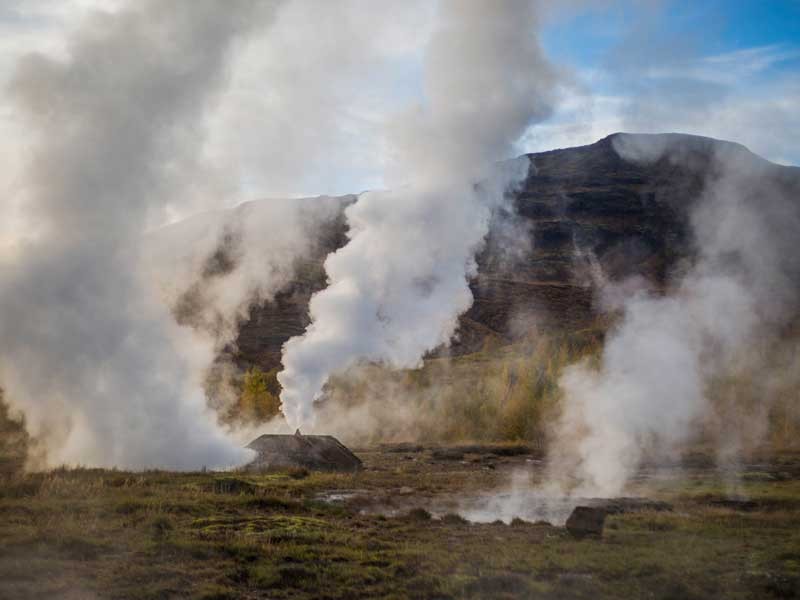 Our month long journey began from Reikjavik to the famous Golden Circle. We rented a van from Happy Campers and it is an amazing company to use. You will not be disappointed in their service. We wrote all about the pros and cons of renting a camper van here.

Golden Circle is the most popular tourist circuit and it can easily be done in one day. If you are in Iceland on a layover or have a day or two to explore, this post is for you!

Things to see on Golden circle:

I had never driven standard before and since almost all cars in Iceland are standard, this was problematic at first. A couple stalls and rolling downhill while attempting to start the car, and we finally got on our way. The first stop is  Þingvellir National Park and it is famous for the tectonic plates that are splitting apart and for the location of Iceland’s first parliament. 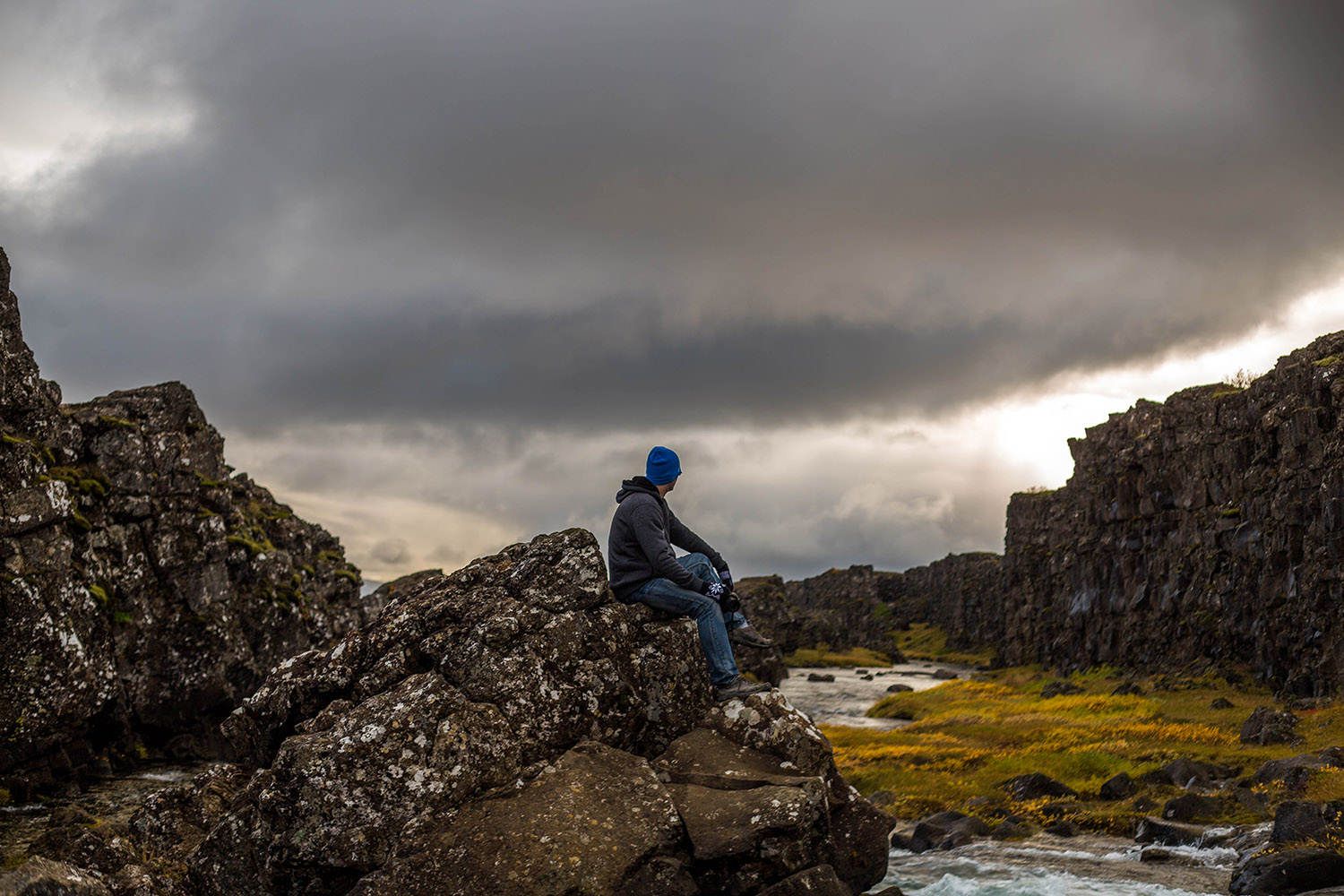 The place where the tectonic plates are splitting apart is easily accesible from the parking lot of the national park. Rather than going along the path that has hundreds of tourists, you can walk parallel to the visitor center and there will be a path into the rift. There you can explore the rocks and crevices all alone. The area is eerily quiet and perfect for meditating. 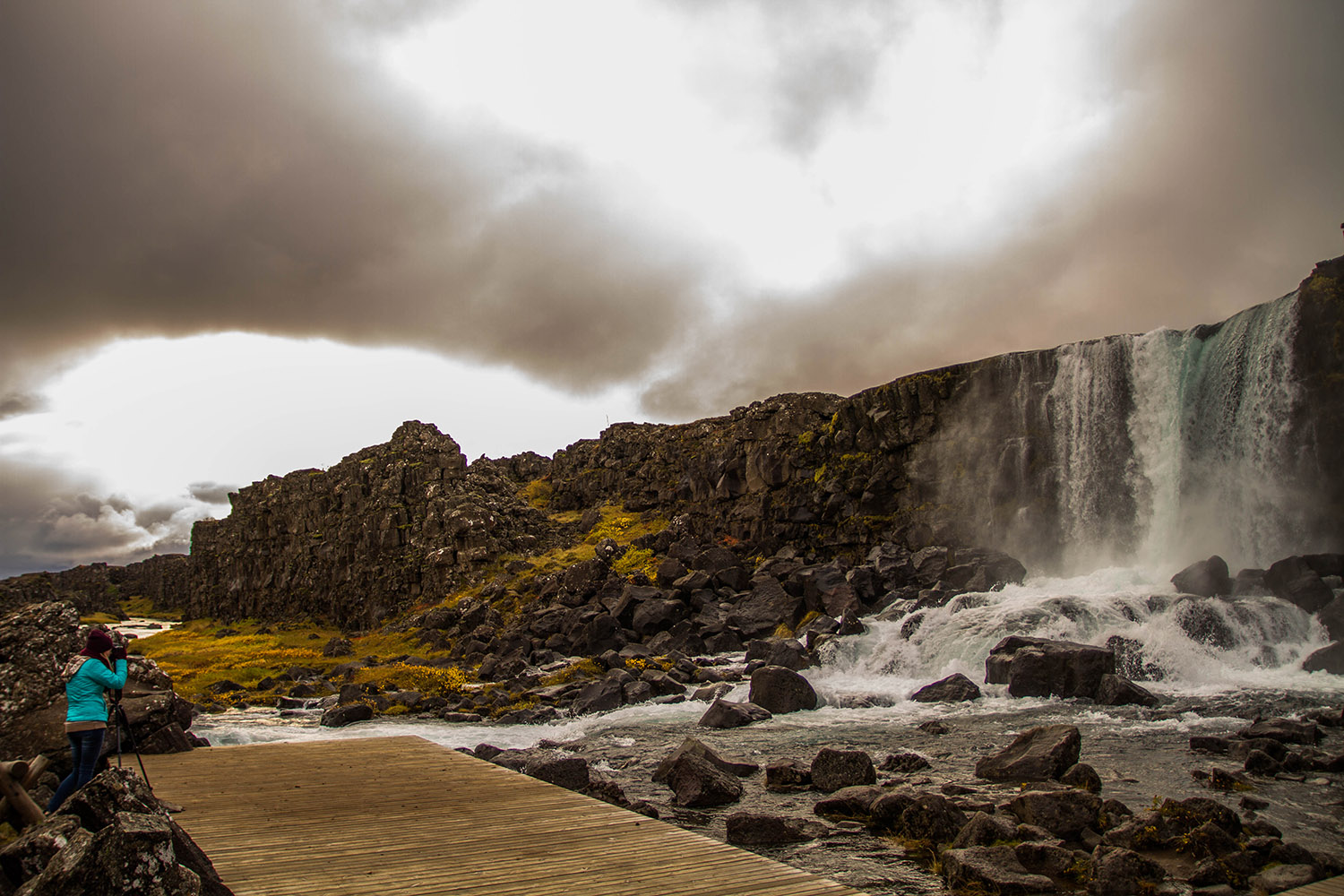 The rifts between plates create deep fissures and some of them are full of water and you could dive and snorkel (time did not allow for us) between tectonic plates. For those that missed out on diving, there is another fantastic water based activity at the park: waterfalls. All the waterfalls are easily accessible and with the rocky backdrop, each photo is guaranteed to stand out.

By far the most famous attraction on the Golden circle is the Geysir. The area is called Haukadalur and it is home to the two geysirs: Geysir and Strokkur. There is even Littli Geysir too but he is only fuming.

We parked at the visitor center and walked a short distance to find few dozen people with tripods staring at a puddle on the ground. This was Strokkur and it did not appear all that exciting. All of the sudden the water in the puddle bubbled up and exploded into a scalding wall of hot water. Now this is exciting!!

The whole area smells of sulfur and there are signs that warn that water is 100 C but there are still those that want to touch it to see. (Don’t).

The original Geysir is no longer active but Strokkur is still worth the drive. 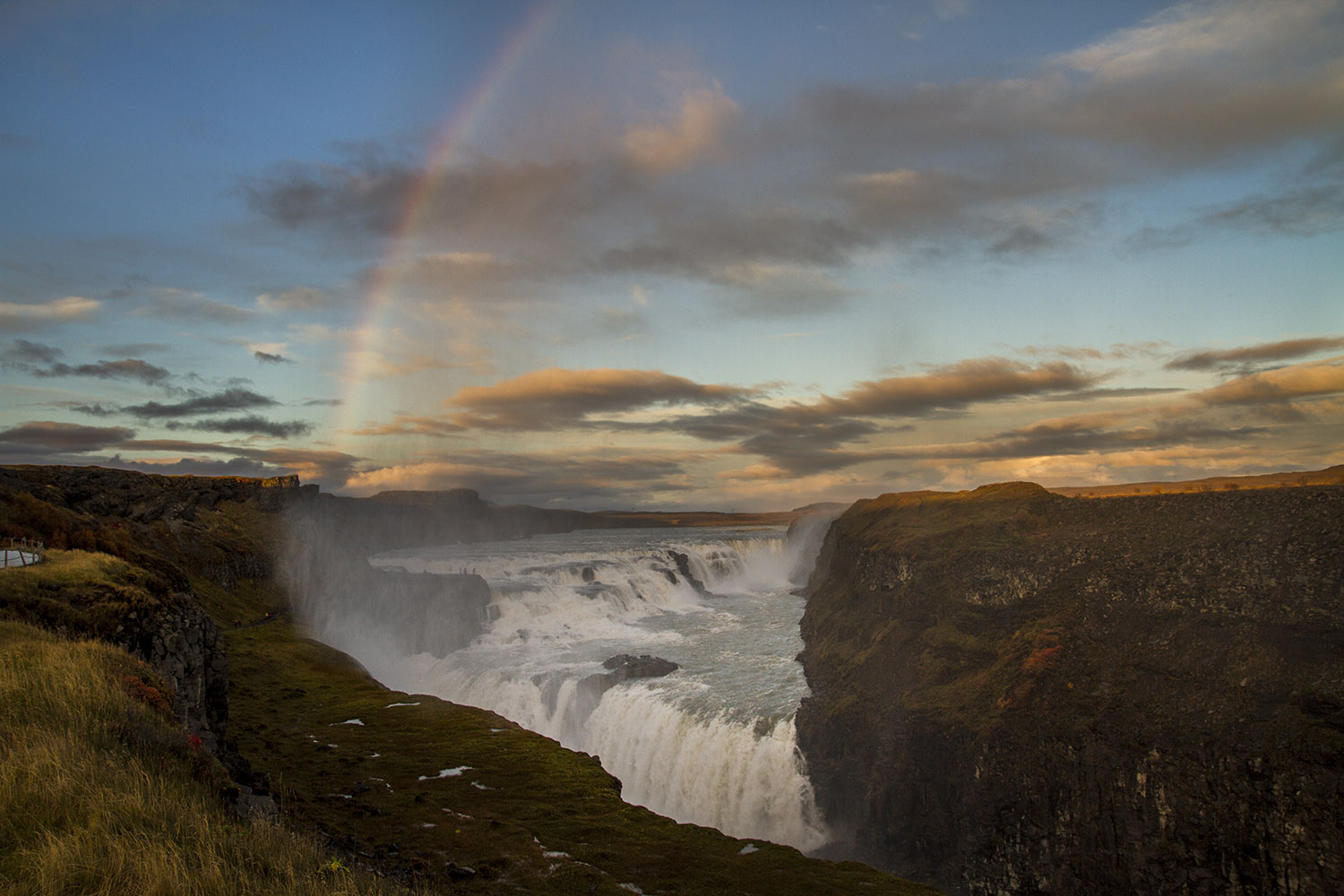 The visitor center at Geysir does not allow overnight parking and we drove on to Gullfoss waterfall to spend the first night in our camper van. This was our first night sleeping in the camper van and apart from roaring winds and rain that completely froze the ground and the car, we had a blast. The waterfalls is off the main road and there are some stairs to descend but it is totally worth it.

Along our travels, we discovered that most visitors centers do not allow overnight parking and that goes for many attractions. So sleeping where you park is a bit misguided. We had to really think outside the box to find a place to park overnight. The next day we got up with the goal of reaching Seljavallalaug. 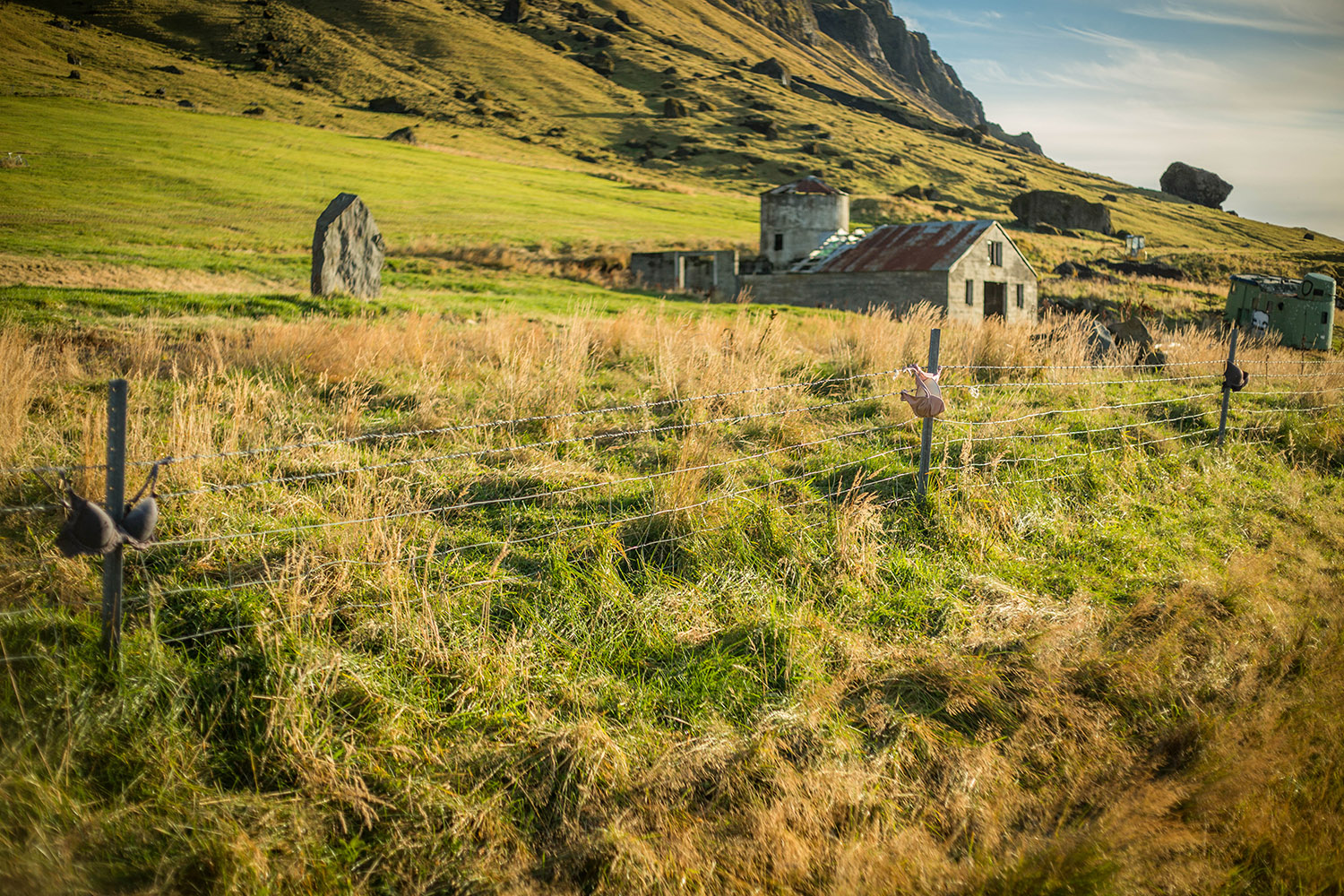 To get to Seljavallalaug, we had to get on Highway 1. Driving and not photographing is nearly impossible in Iceland. During our hundredth time that we stopped, we came across a strange sighting…

A fence full of bras. They was almost a dozen of them and they were different sizes so it must have been different women. Ok, I admit, I looked! The crazy part is that no one lives in the vicinity and there is a rock which eerily resembles a tombstone. Has anyone else encountered this? We would love to hear the story behind it. 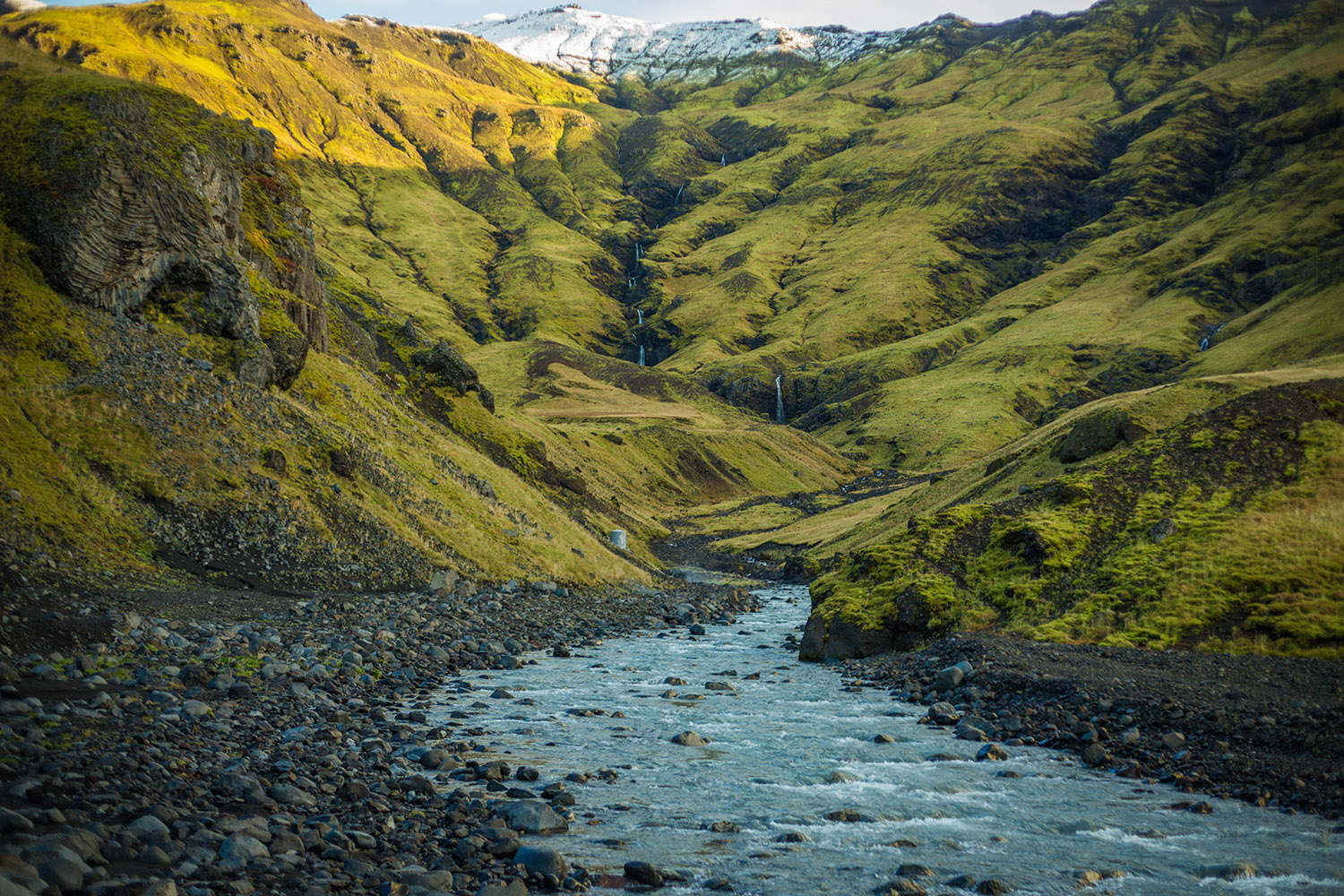 Seljavallalaug is somewhat of a hidden pool. It is not easily accessible and due to a short hike that includes going over a stream, it is still not as touristy.

The cistern is where the pool is located. There are change rooms available and the water is refreshingly warm. I have to say, this is definitely my favorite outdoor pool in the world. The roaring water of a nearby river, the calming effect of the mountains and the solitude makes this an absolute must of a visit. 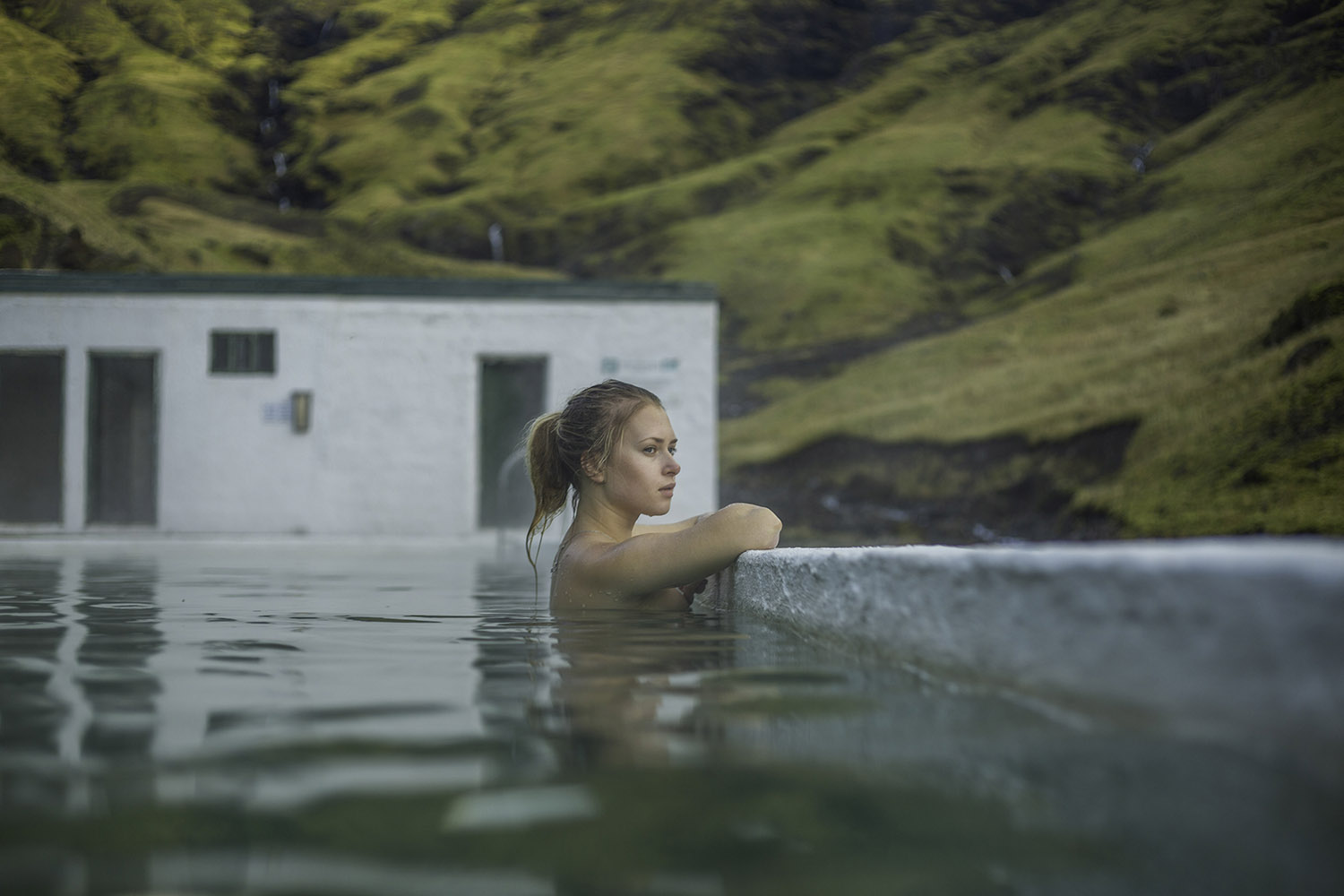 We were pleased that the itinerary that Elena worked so hard on, was followed. The road ahead would take us into snowstorms, complete desolation and many adventures. The next 3300km await!
….