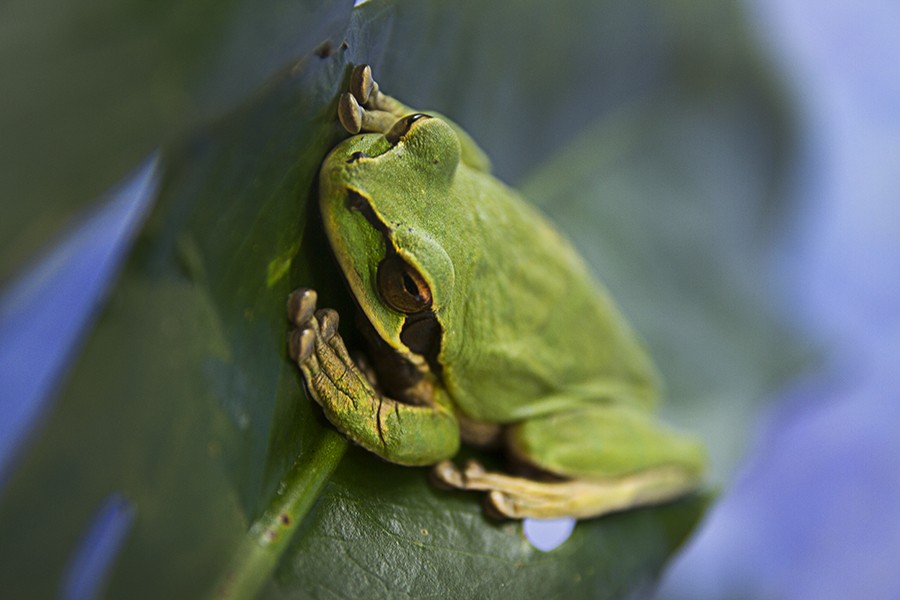 Our stay in Jaco area was brief with us staying only three days there. We stayed at Villa Caletas boutique hotel and they sure were  eventful those three days. 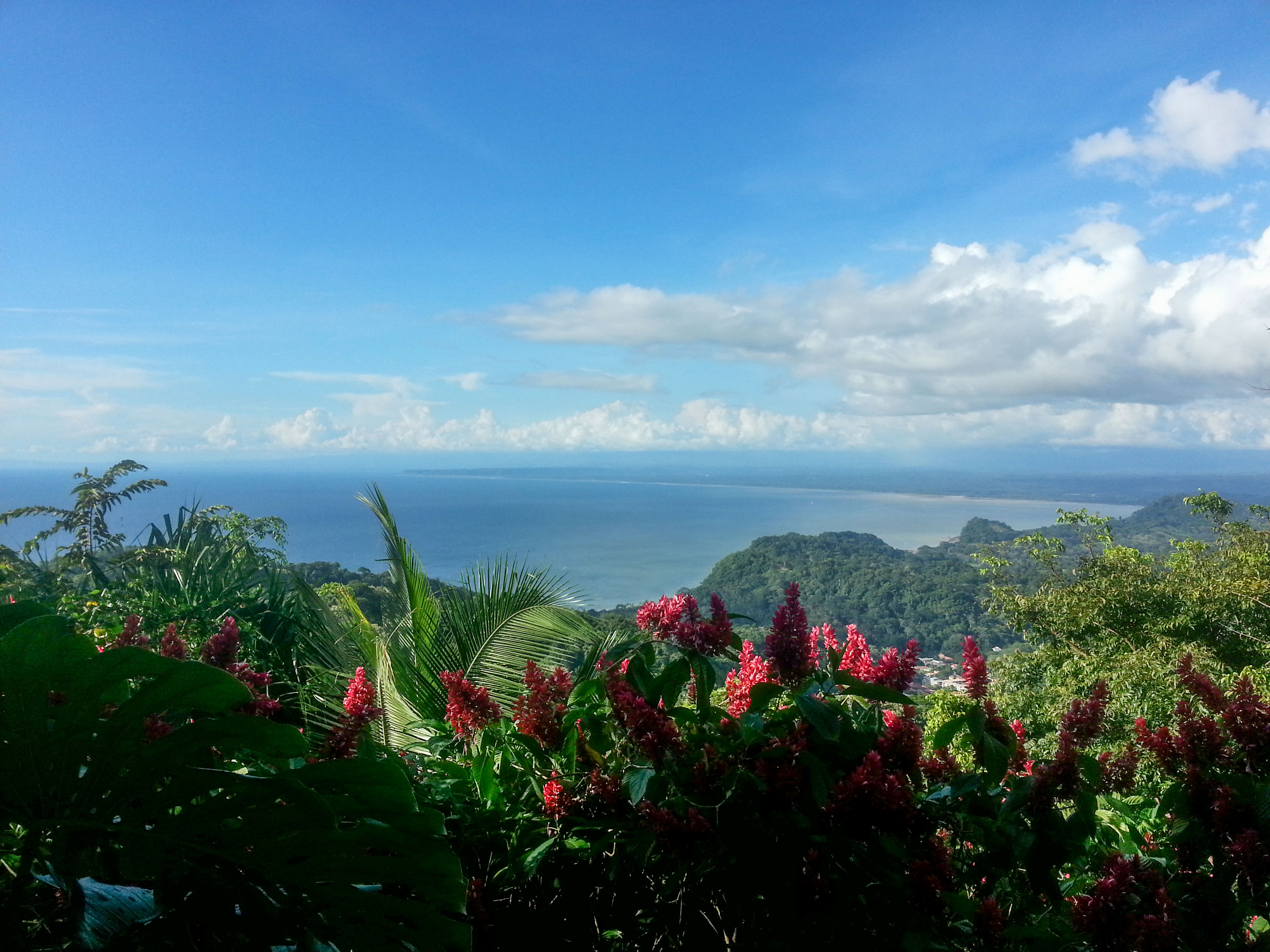 We arrived in Jaco area by car, driving from Arenal. I had a waterproof map of Costa Rica and google map instructions on how to get to our destination. Half an hour into the road trip, I threw away google instructions out. That was useless. One of the most amazing things about Costa Rica is lack of signs. I have read that it is a hassle and a worry, people getting lost and big blue signs advising you that your destination is a thousand miles away are absent. Personally, it added an element of adventure and risk, driving into the unknown. We stopped in small, quaint sodas and chatted with Ticos. In fact, majority of the drive was undertaken without any map or directions. We would just stop and ask for directions and travel from a bus stop sign to a yellow roofed store to a road that leads to ocean. After getting on a American type of toll highway, we were transported right back into Western civilization. For a second I felt that I was back in Canada driving to work on highway 407 hoping to beat the morning traffic. A flock of brightly colored birds snapped me out of my terrible daydream. The toll highway drive was short and upon getting on highway 34 we decided to stop at a small soda for some needed lunch. 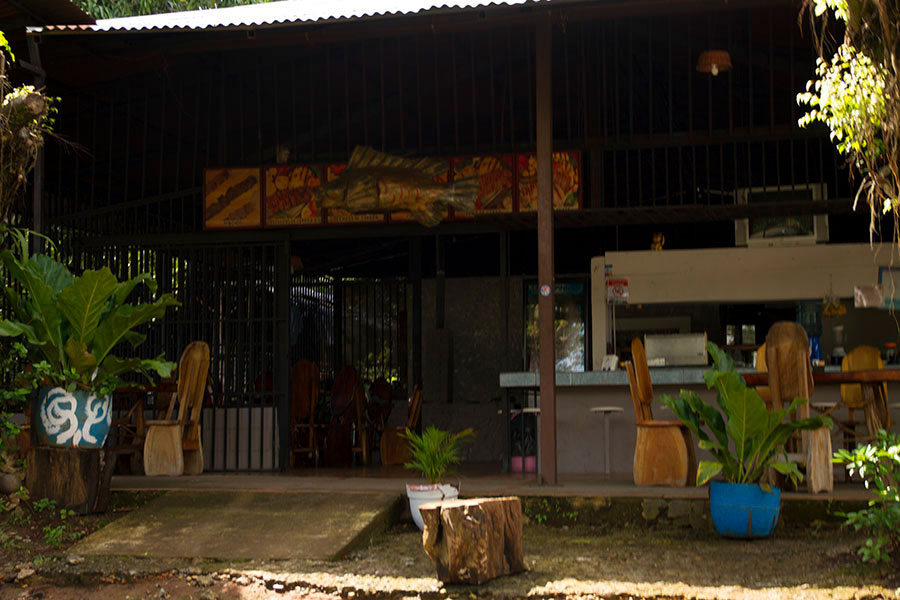 We were the only clients. The waiter/bartender/owner came to us and was shocked that we decided to stay and eat. The food was fantastic! I made the poor guy waddle to us a few times ordering Cristal and each time he would come covered in sweat and take the order wiping away the waterfalls that was dripping from his brows. He was a really nice guy, just sweated buckets. Elena asked for the bathroom and our Niagara falls directed her to a door on the side of the bar. She came back laughing her head off. I found out that there were two doors there. One led to a working car garage and the workers were surprised to see a blonde staring at them in shock. The other lead to a bathroom without toilet paper, light or latch to close the door. Oh well!

We bade adieu to our sweaty friend and drove to the boutique hotel were we had the reservation. The road to the hotel was a one way snaking road that lead to the top of the mountain. As we got higher up, an amazing view opened up of the whole vista below. A hammock of spider web that stretched from one tree to another across the whole road alerted us that this place is different…..

We arrived into hotel that resembled the ruins of both Greek and Roman empires. There were Chinese relics thrown in as well and it was all covered up in vines and lush vegetation. We got the key to our private home and upon opening huge steel gate, we were greeted by an amazing view of the jungle below and the vastness of ocean. There was only one problem. SPIDERS. 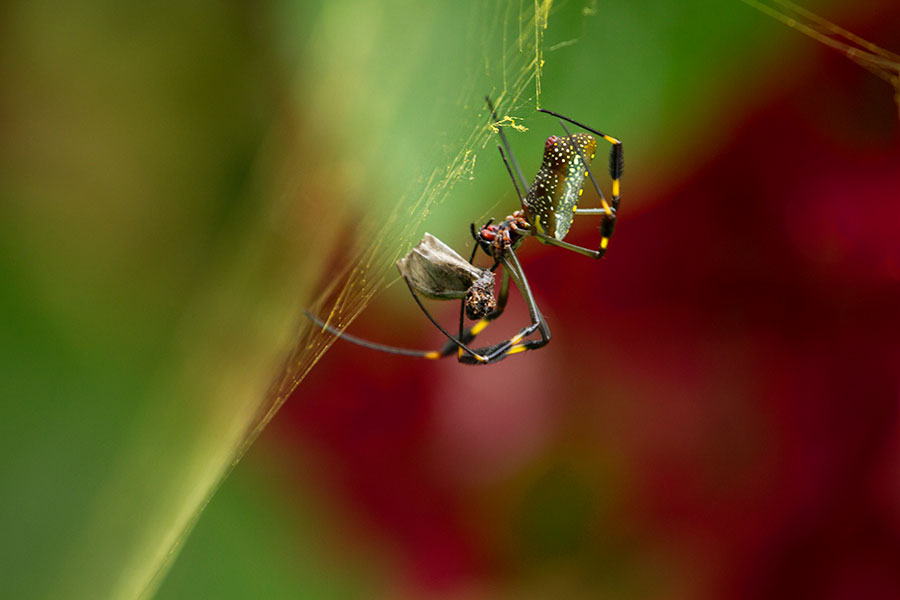 Huge spiders hung from branches all around the villa. They were everywhere. As a child I had a dream to become an entomologist but this was arachnophobic’s worst nightmare. I also found out poison dart frogs are all around the property. There are signs instructing to exercise caution around “frog crossings”. Apart from a small infinity pool there was nothing else on this property. I don’t want to go into detail about the hotel as there are far more accurate reviews on tripadvisor but we didn’t really come for the hotel. $40 plate of tomato soup was a little out of our budget so we got food from a supermarket and ate on the balcony overlooking the sunset.

The next day, we went to explore the “hike”. The hotel advertises a hike into the jungle to the ocean. We were told it is a 30 minute hike in jungle that is not difficult and quite picturesque with “hundreds”of sloths hanging from the trees. A golf cart dropped us off at the “hike” entrance. Only there was no path.

The grass reached to the knees and no signs of human activity was visible. Oh well…. We got our cameras out and set off. Poison dart frogs darted beneath our feet and rustling sounds were all around. As the grass was unkempt we were not sure if we were on a right path. Logically the ocean was below us so the only way was down. Torrential rain started and we waited it out under a tree singing songs. I wanted to inspect foliage around the tree and kicking some dead leaves roused a snake that lashed out at me. I tripped and was saved by Elena who jumped in to drag me out from the snake. Not sure if it was poisonous but acted aggressive enough though. We laughed it off, annoyed that no pictures were taken. The rain changed into drizzle and we set out again. I heard rustling and ran off into the bush to investigate but came back empty handed. Just then a black puma leaped behind us into thick jungle. It was only 30 feet behind me and there was no sound. I ran after it but nothing. Then a cacophony of monkeys started chirping all around us. We were standing beside the home of a big colony of  Capuchin monkeys that were very angry with our presence. We took pictures and they got violent. Some kind of rocks or nuts rained on us and Elena was finally hit by one of them. We left them in peace and continued further down. We had no watch between us so time was hard to predict. It must have been at least three hours already but no ocean was visible. I guess when we chased after the puma, we went off the “trail”. The clouds became dark and finally unleashed a torrent of water on us. I was drenched in seconds. No tree provided any cover from this flood. Visibility was down to a few feet in front of us. We hid under a tree with giant leaves but it was not enough. What seemed like eternity we spent under leaves. The rain continued unabated and I made a decision that we have to continue as the rain could continue for the whole day.

An hour or so later, we came into a clearing. There were some abandoned structures ahead and we ran toward them. Signs of construction were visible but no humans. Animal tracks were visible everywhere. We waited out the rain in this ghost “town” and as soon as the rain abated, faint rumble of waves crushing against the rocks were picked by Elena. 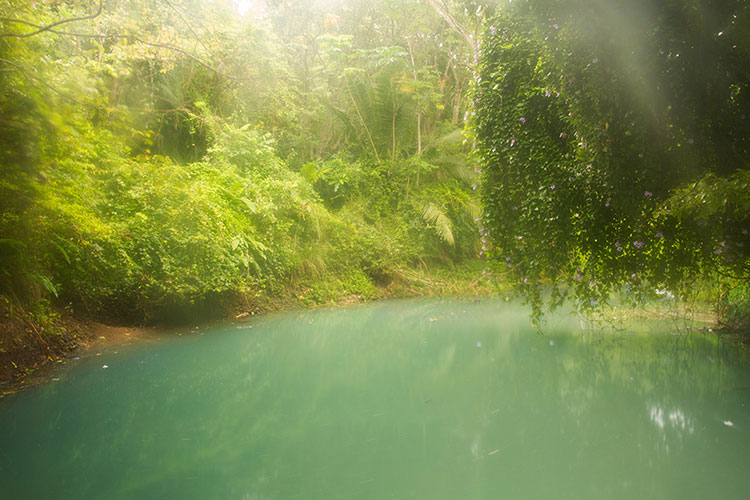 We ran out to the beach covered in mud, leaves, soaking wet. There was a cabana and a man was running towards us waving his hands. He ran up out of breath and asked “are you Elena and Dmitry?” We said yes and he said that the whole hotel security was looking for us as we have been missing for 6 hours…..

I befriended the bartender that ran toward us. His name was Carlos and he was from Nicaragua. He asked us where were from and I told him we were Russian. He was so over joyous! We got the best possible service and once he saw our cameras he said ” you photographers?” we said “yes” He beckoned to me to follow him and ran into the bush. A few seconds later, he dragged out a turtle out and said “take photo, I bring him for you”. Carlos brought the turtle some chopped tomatoes and instead of a sloth I got to photograph a tomato eating turtle. 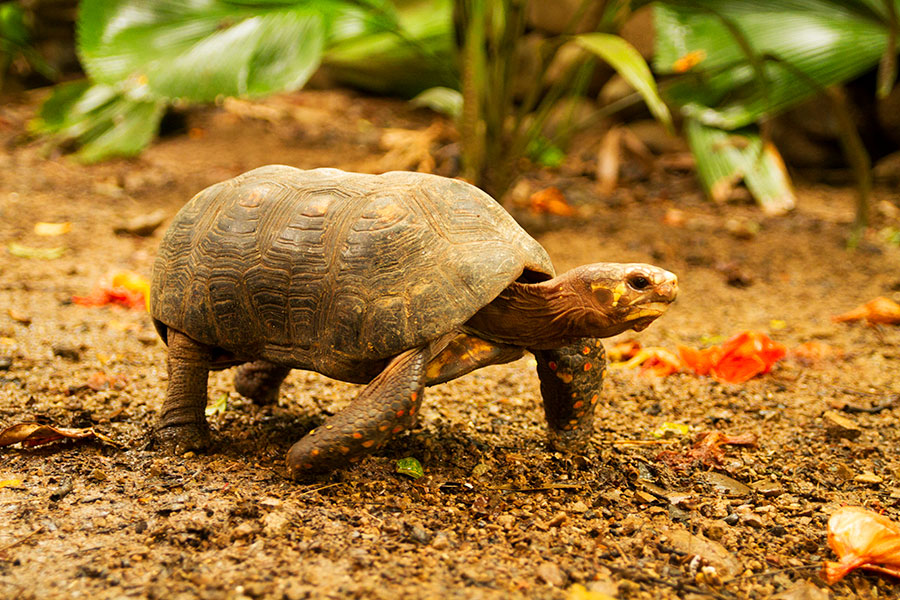 The weather was not cooperating and storm clouds started to form again. Waves were crashing into the rocks with added ferocity which rendered swimming useless.  We got into a hot tub instead to warm up. Apart from the American hating bartender and the turtle the beach was deserted. I suppose that on  a sunny day this would be a perfect slice of paradise to enjoy in solitude. We waited for the rain to start drizzling again and then took a jeep (compliments of the hotel) back up. I must say, we gained quite the notoriety for that day.

The prices and regulations of our hotel were exorbitant and ridiculous. $30 for two mojitos on happy hour was as far as we went. This worked perfectly as we were driving to Jaco every day anyway. We ate out in the city and I have to say that this is a great surf town. We loved the vibrant, bustling vibe. I have read that Jaco is dangerous and should be avoided. This is far from true. From walking on the beach to bar hopping, no issues were visible. Tamarindo is far more dangerous than Jaco to me. I found needles on the beach in Tamarindo and had a gun pulled on me for ignoring a drug dealer. This is another story altogether. One of the best places to eat in Jaco is Tsunami sushi.

I can’t say enough about that place! It is not all you can eat but the portions and unique selection are more than enough. The ambiance, staff and every day deals made it our favorite sushi abroad. As we spent such a short time in Jaco, we were able to visit Tsunami sushi twice and quality of food and service was fantastic.

Overall, Jaco and vicinity are a great place to relax, surf, enjoy the restaurants or get lost on a supposed trail! 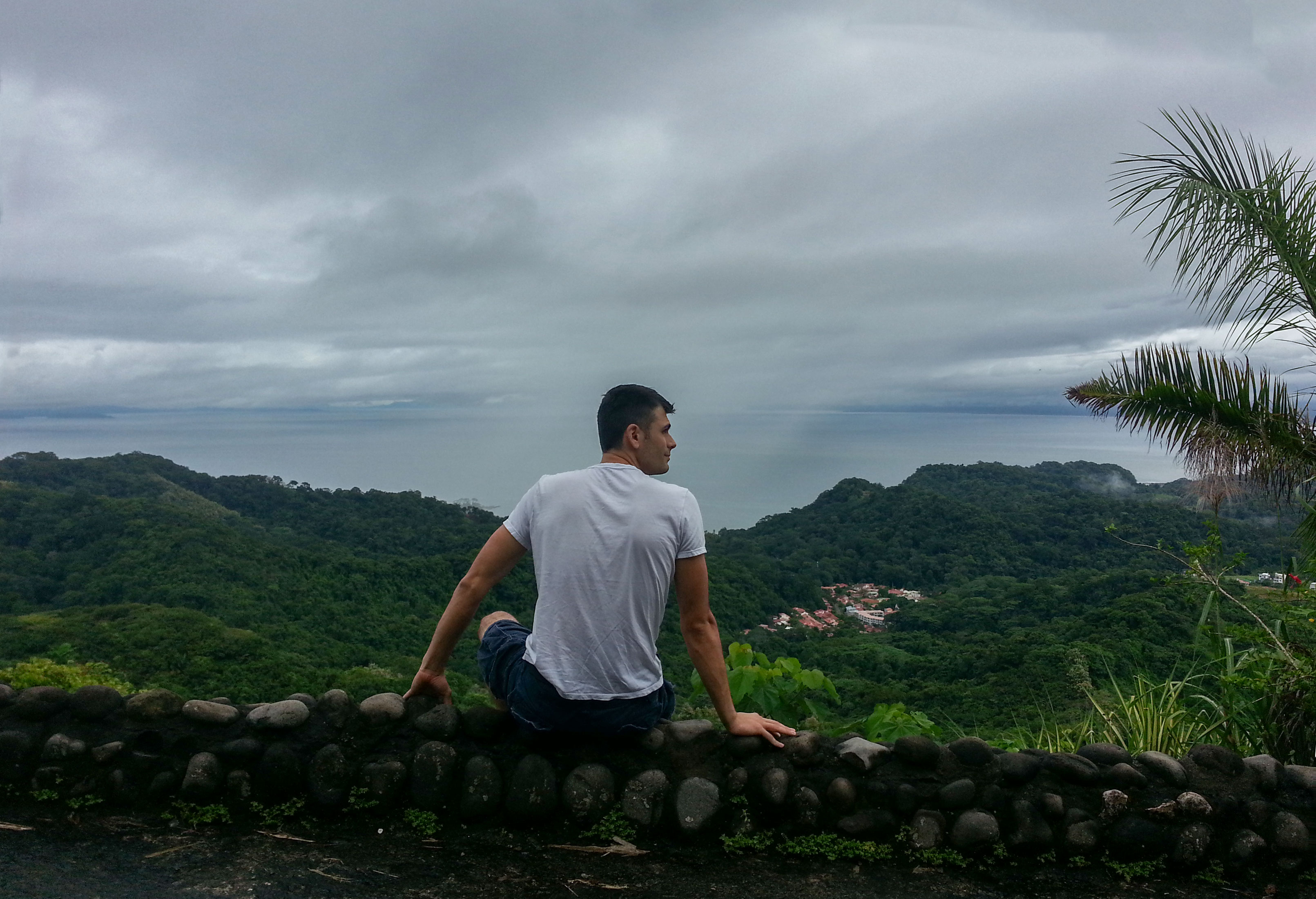