posted on August 19th 2015 in Nicaragua with 0 Comments 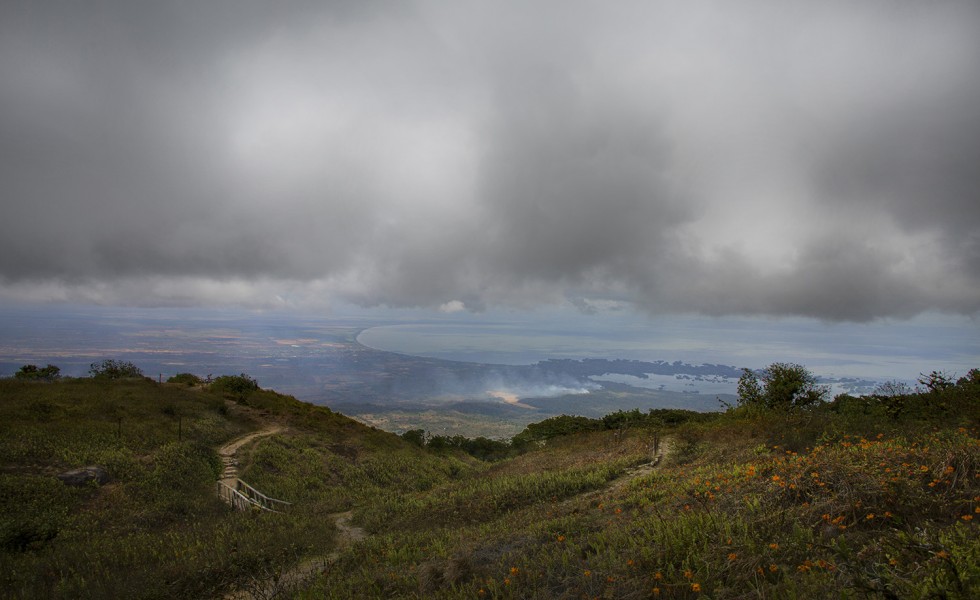 Upon departing Leon, our goal was to stop at Volcano Masaya and then settle on the slopes of Volcano Mombacho. No Nicaraguan adventure is complete without volcanoes. Two giants stand out from the group;Masaya and Mombacho. Both responsible for catastrophic damage yet directly responsible for large stream of tourist funds every year. 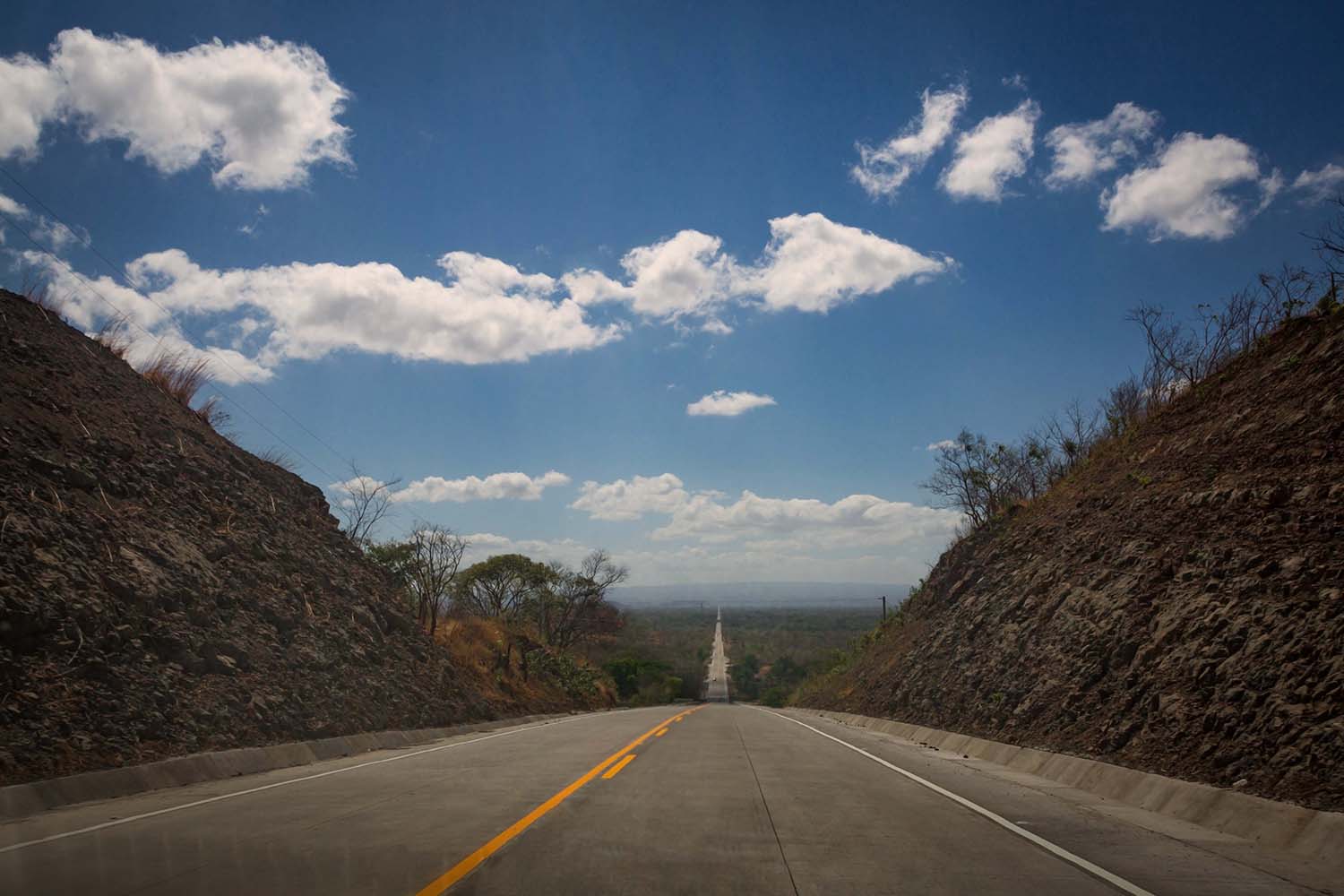 We left Leon early in the morning with the intention of getting to Masaya early in the morning.Finding Volcano Masaya proved to be slightly difficult. We were travelling across Nicaragua without GPS or a real map and for the most part had to rely on people we met along the way. Nicaragua has NO SIGNS ANYWHERE. This is your BeFree team and we don’t stress the small details. On our drive south,  we came across strange skull sculptures that had names. The skulls would be elaborately decorated. “Ricardo” stood out more than others. This particular skull was decorated with colorful ribbons, had a name and strange looking “teddy bear” tied to it. We had been driving for roughly 30 minutes without seeing a soul and all of the sudden you come across this “Ricardo” thing. I’d love to find out the meaning behind the skulls. 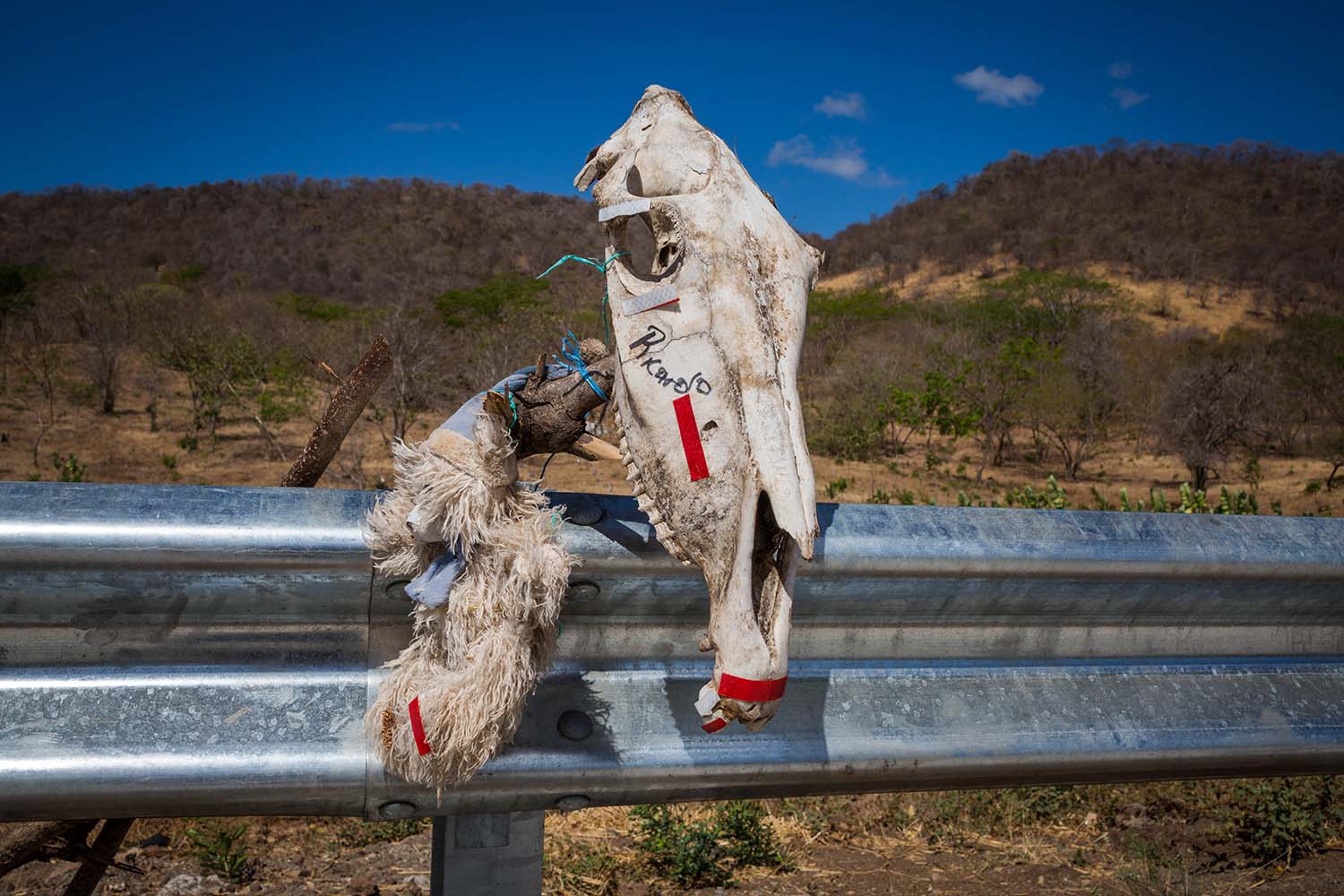 Things were moving along smoothly as we passed a few “signs” that pointed towards Masaya Volcano. When the signs became more frequent, we realized that we are nearing our destination. We drove on and all of the sudden Elena saw another  hand written “official sign” that read Volcano Masaya and pointed to a dirt road. We followed the supposed road and drove on for a few kilometers. The road ended at a farm instead of the volcano. I called out to see if anyone was alive but heard nothing but the hum of crickets in the grass. The buildings were deserted and the whole place looked abandoned. As we were about to leave, Elena stepped on a bullet casing. Looking down, we discovered that the ground was littered with shotgun shells, 7.62 casings and all the calibers in between. Shot up walls gave off the appearance of a war zone. All of the sudden, a small, frail man appeared out of nowhere and asked our business. Below is our conversation: 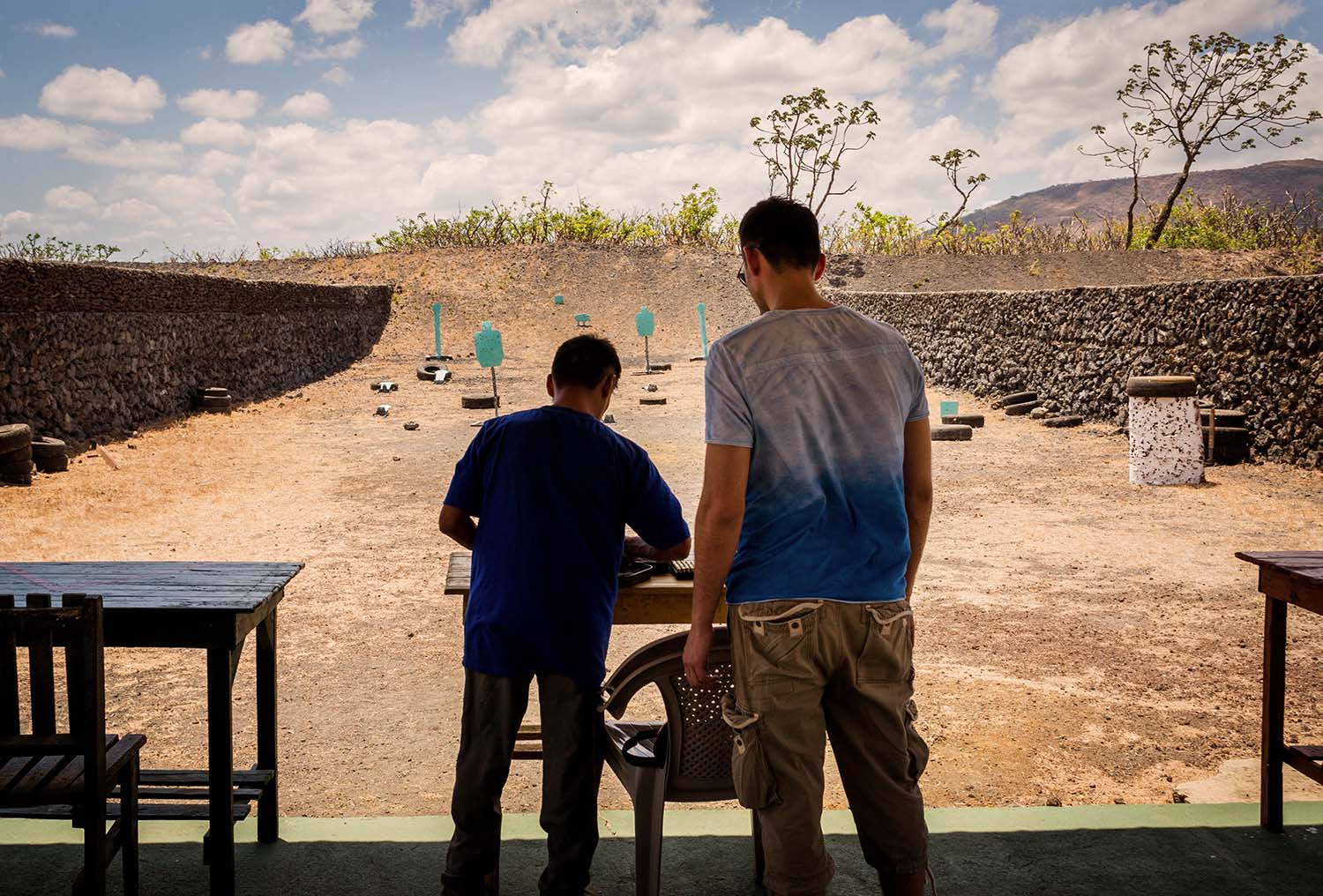 Me: “Hello, sorry to be a bother. We were on the way to Masaya Volcano and got lost”

Small man: “Hey, you are not lost, this is the Volcano. (points to the looming giant in the distance)

Me: “How do we get to the lookout to see inside of the volcano?”

SM: ” Ahhhh, for that you have to drive all the way around the mountain or just walk through the bush”

Me: “Yeah, we won’t be walking with all the bushmaster snakes around. Is this your farm?”

SM: “This is my gun range! You want to shoot guns?”

I look over to Elena and she nods “why not?”

SM:”Excellent!! I have anything you want, AK, rifles, shotguns, pistols”

We decided on a Beretta and got a box of bullets (50) and for $30, had the range to ourselves. He left us with the gun and walked away to relax in the shade. Not bad at all…. 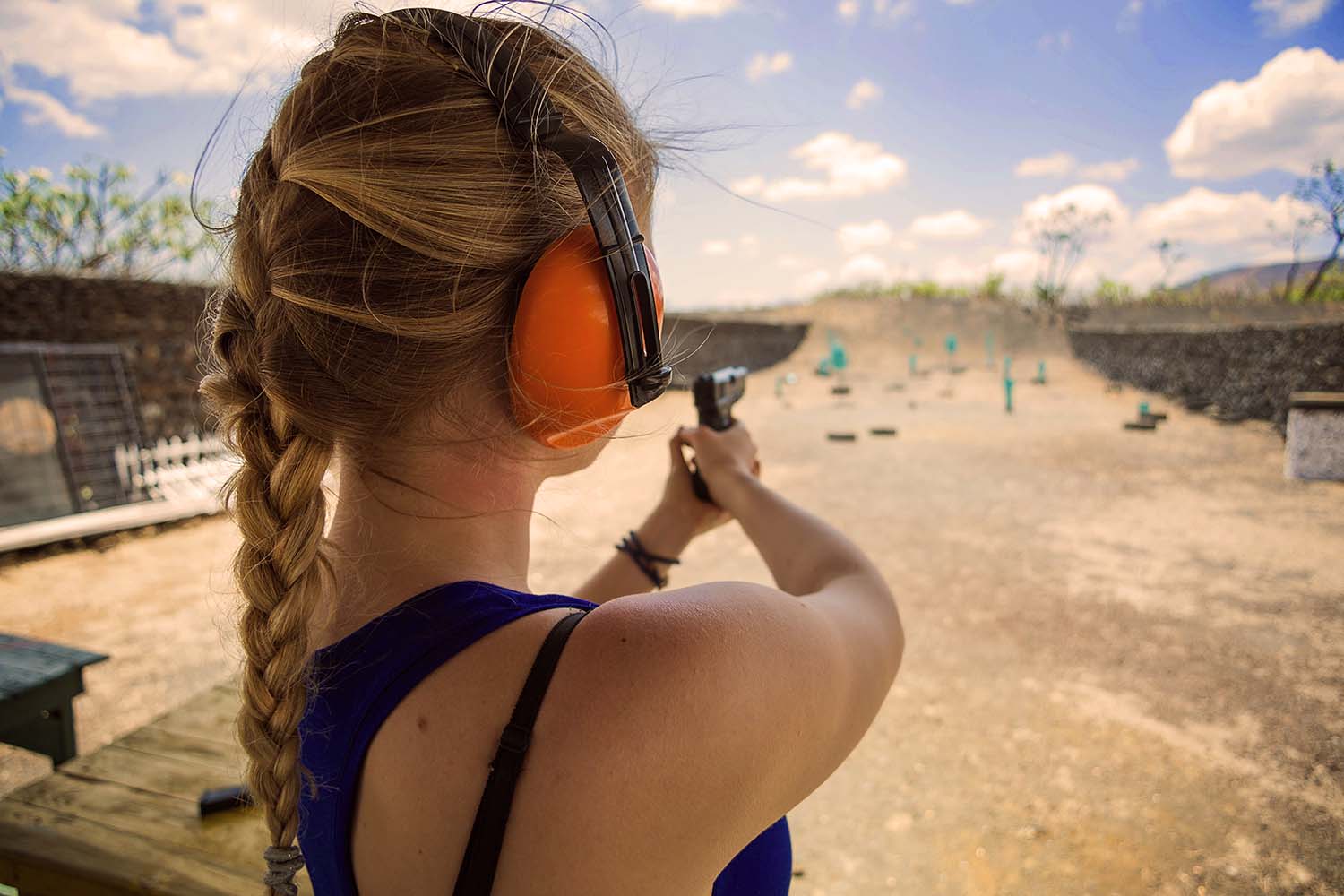 Elena never shot a gun before, but seeing how the targets were falling down, I was skeptical…

Our detour proved that to experience life, one must veer off the straight path. 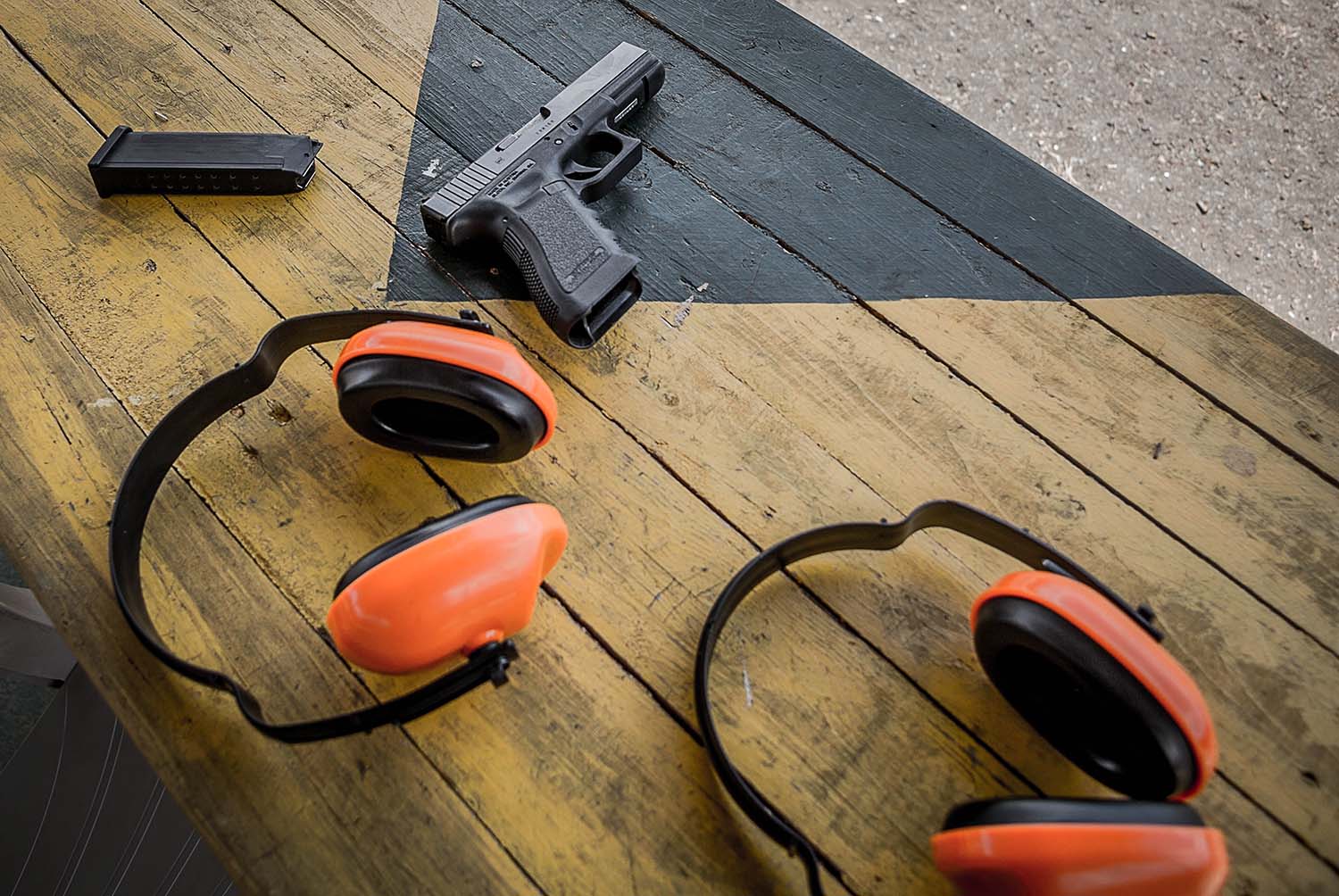 The small man was very happy to see customers and gave us the exact directions to the mountain.

To get to the crater, you have to drive on a winding road that snakes to the top. I had a small car and even thought it struggled with the steep slopes, it is quite possible to get up to the top. You do not need an SUV or a 4×4. We even saw some people that chose to walk up. I advise against doing that, as it will take you the whole day to get there.

Masaya was called ” La Boca del Infierno” or “The mouth of Hell” and was feared by the indigenous people and the Spanish conquistadors. Constant eruptions and visible lava from the depths of the crater had a Spanish priest erect a huge cross in the 16th century in hopes of exercising the devil. The cross remains to this day. We were unable to get to it though as the access was blocked off due to ground erosion. 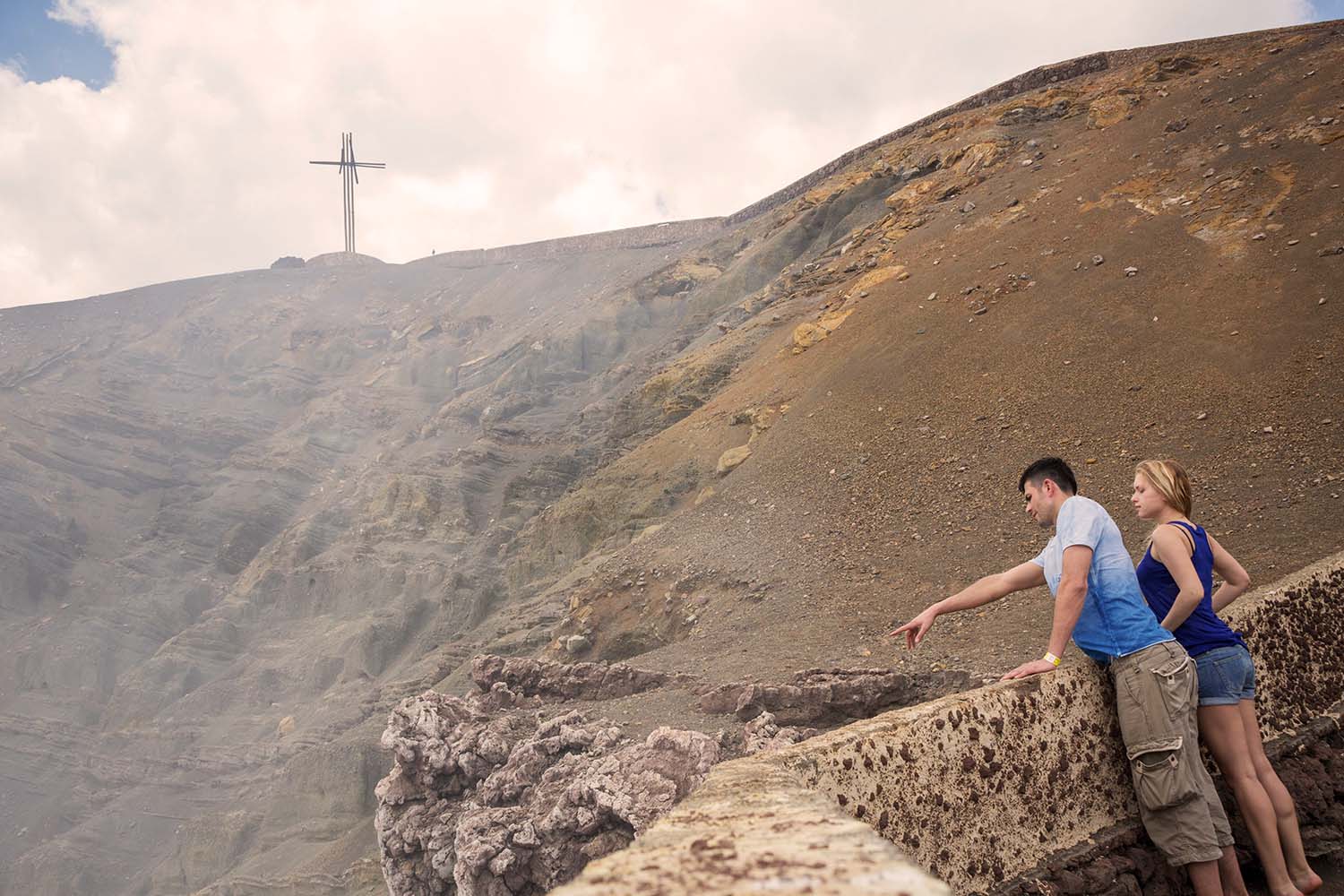 Tip #1 When you get to the top, you have to make sure your car is parked facing the exit as it is a requirement. Some time ago, the crater burped up a rock that smashed the hood of French tourist’s car. The smell of sulfur was noticeable but not overpowering enough to make you dizzy or want to throw up. What really moved us was the eerie quiet at the crater. Even the people spoke quietly, as if entranced by the mighty power of a living volcano.

Tip #2 If you want to see the parakeets that live in the crater, you have to be there at sunrise or sunset. It is difficult to do as the park is closed. Best bet is to walk around the crater and there is a huge dead tree. Relax on a bench and wait for them to come in. Usually they rest before flying into the crater.

Tip #3 If the day is windy, most likely the steam and sulfur rising will bring the visibility to zero and it is best to go after rain.

You can walk freely along the edge of the crater and pose for pictures. The park also offers horseback tours and a cave exploration tour that takes place at night and is cool idea if you want to see thousands of bats and glowing lava. 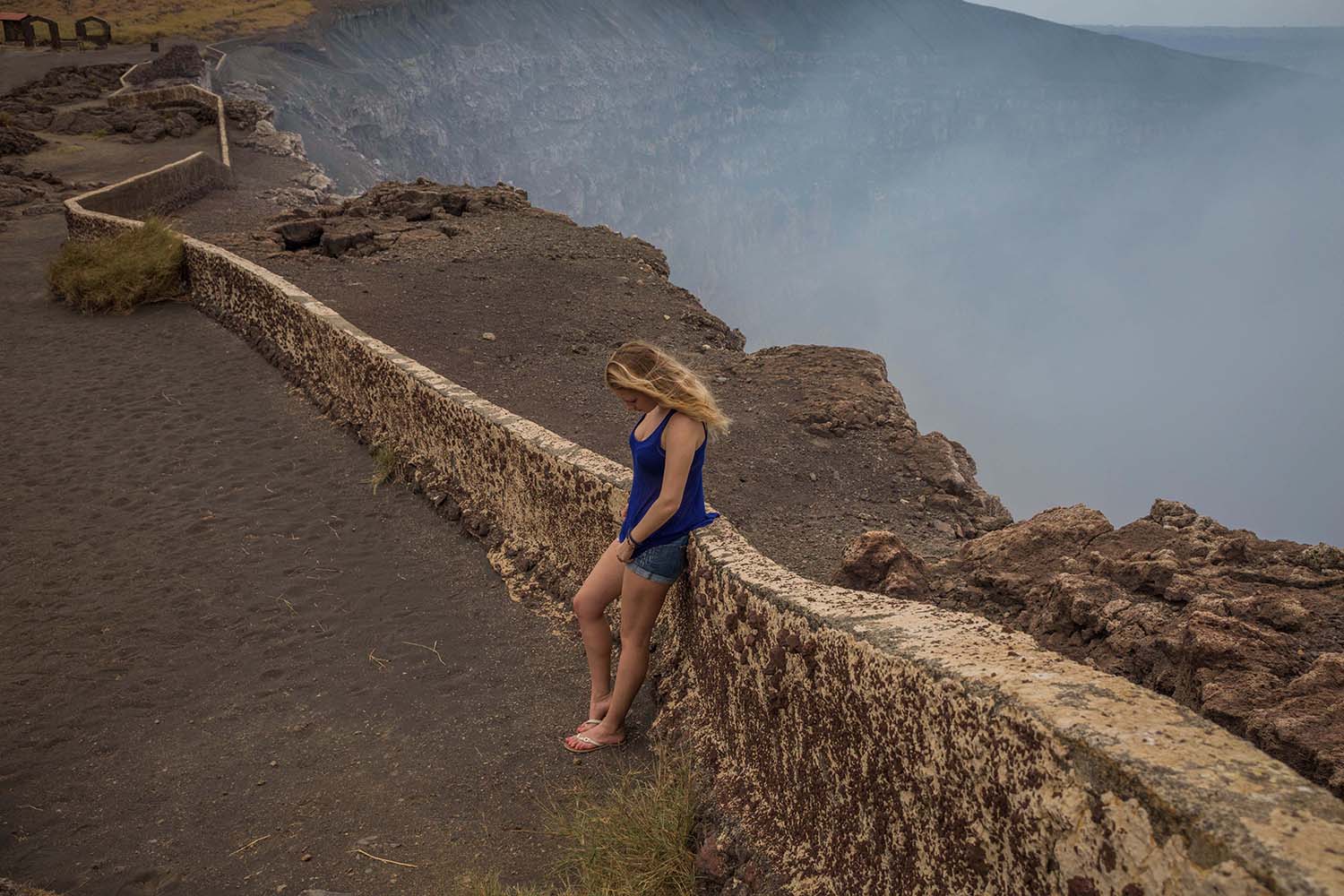 Our next stop was on the outskirts of Granada.

Tip #4 On the way to Granada, stop by a artisan market. Nicas are known as the best hammock makers in the world. You can buy an excellent hand woven hammock for $40-$50. 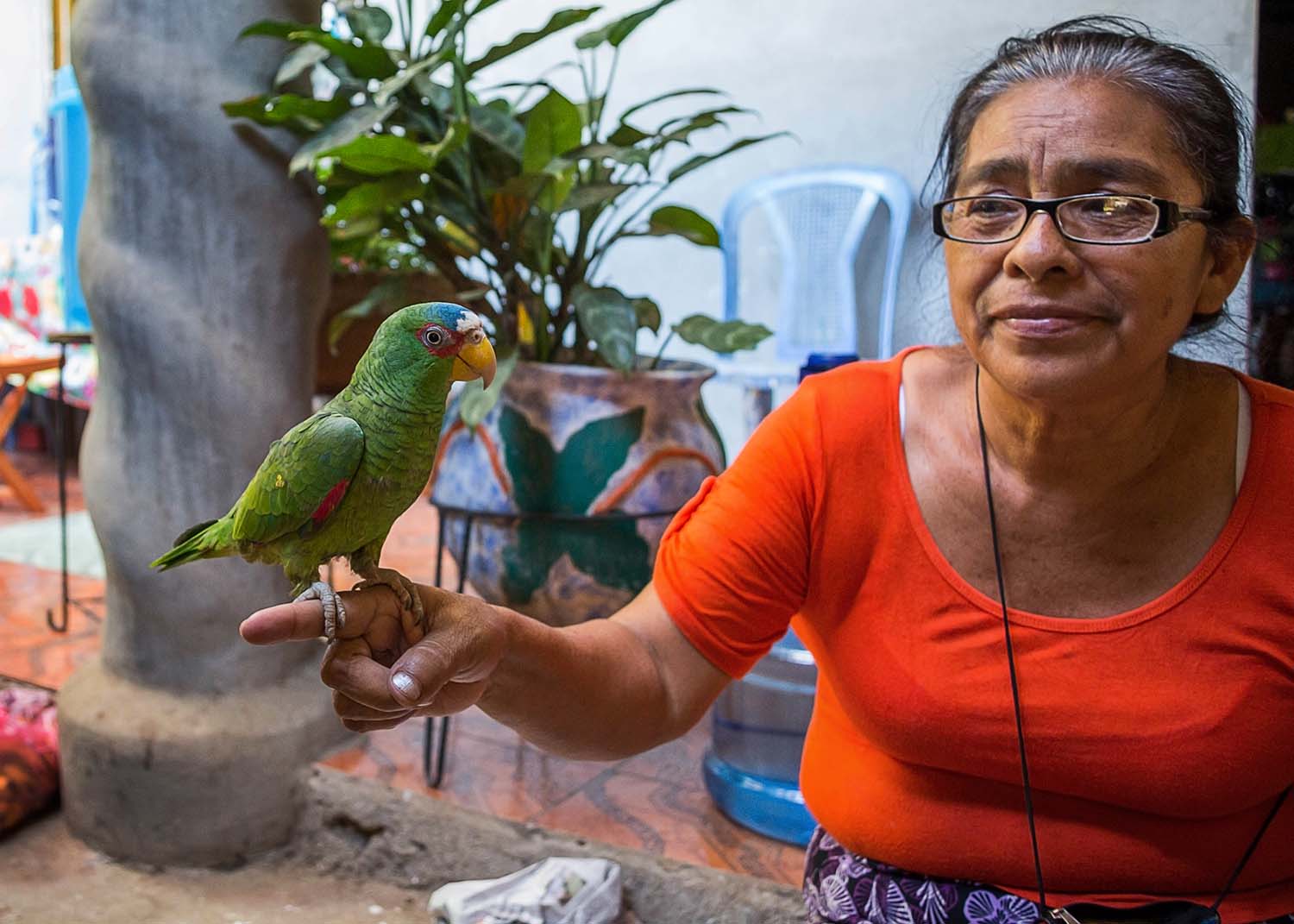 We had booked a B&B through AirBnB. The place is called “El Respiro” and it was the highlight of our stay in Nicaragua.We want to take a minute to promote”El Respiro”

It is lodging/farm that is run by a French couple Emmy and Romain. They had moved here from France and built an amazing lodging. Apart from having 360 views of Granada and the volcano, they have a farm and believe in sustainable living. The electricity is solar generated, all the water is from rainy season.

As for the food,Romain is a chef and his meals are absolutely superb. The hospitality of these amazing people shows no bounds. The grounds are immaculate, food is fresh and the freshwater infinity pool is just an icing on the cake.

We have been places but nothing comes close to this hotel.

They also have a ton of contacts for Granada area activities and will be happy to arrange birdwatching, horseback and other tours.

If you ever decide to rent a room in Granada or vicinity, you will thank us! 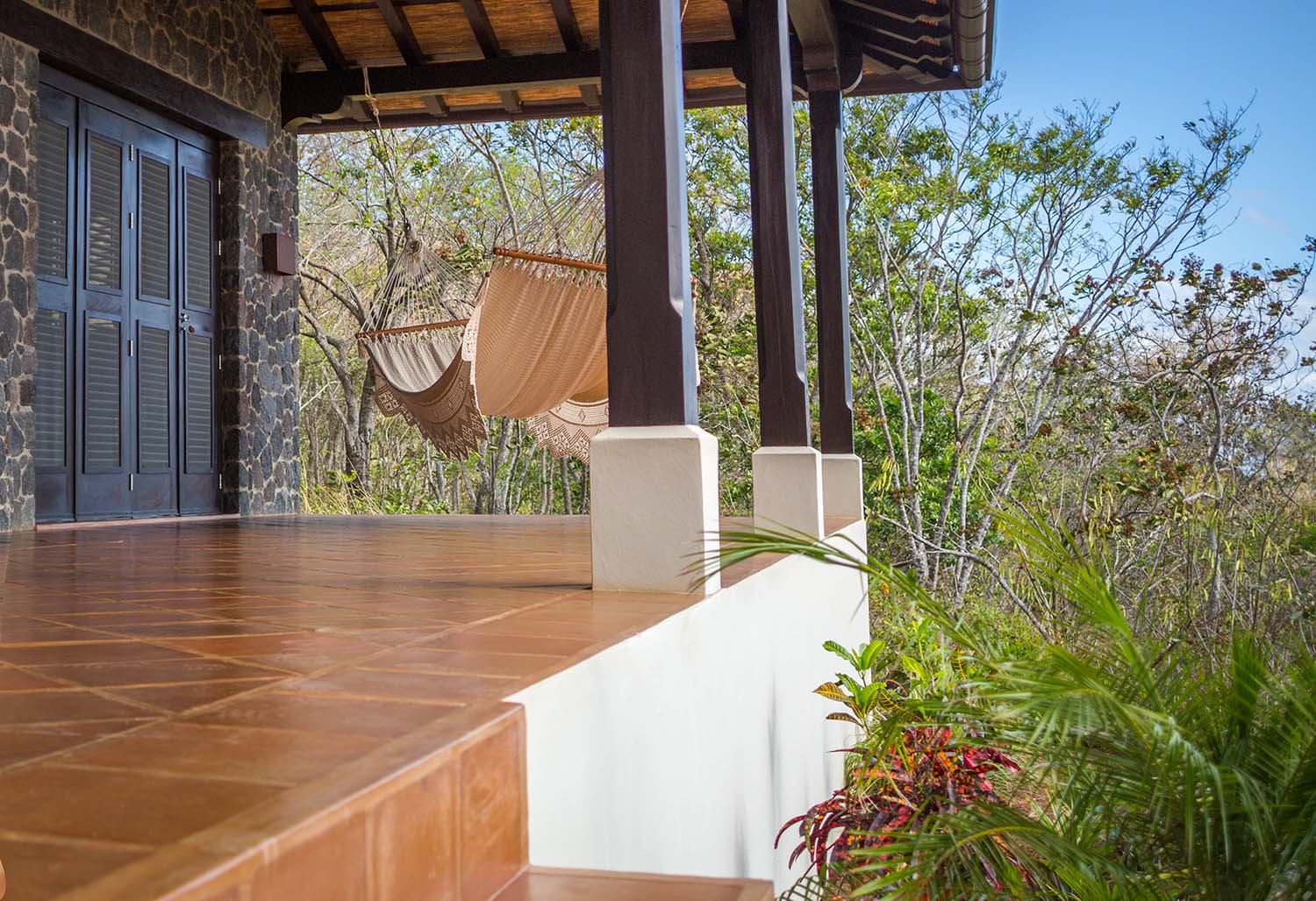 El Respiro is located on the slopes of Mombacho. Naturally, we had to hike this mountain. This hike can take a few hours or a few days, depending how unlucky you are. To get access to the hikes, you have to get to the entrance of the park and from there, you have three options. The cheapest is to go on foot to the top. If you have a few buck to spare, you can go to the top in a truck. The ride is a bouncy one but at least you get a free massage that way. The most expensive way is to drive your car to the top but it is like $40 and we wanted to see a lot and chose the local way.

Once you get to the top, you will disembark from the truck and head to the visitor center for a lesson and guide selection. Some of the trails can be done without a guide, some are quite treacherous and you will be wandering in the thick jungle for days. Those hikes require a mandatory guide. We chose the unaccompanied version to do our own thing. The problem, as we found out, is that there are no signs that tell you on which trail you are on. We had been walking for a few hours without encountering a soul. If you choose to go on your own, be careful!! 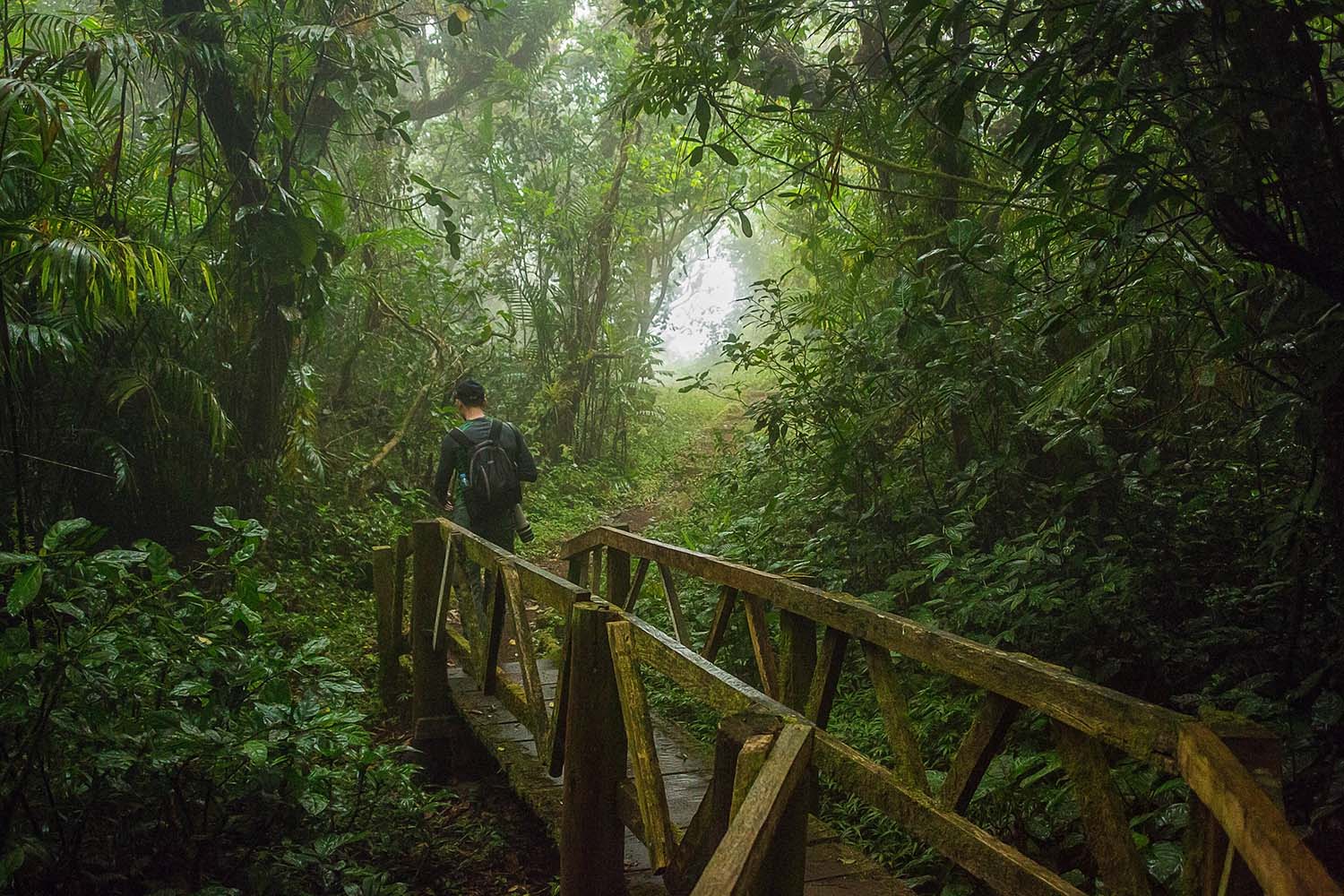 At the highest peak, we came across a station of some sort. I knocked on windows and the door but heard nothing but howling wind. The clouds descended on us,visibility dropped to a few feet and a wall of rain was unleashed on us. Not very good….

We stumbled around for another hour or so and all of the sudden heard voices! It was a guide with two tourists and they were shocked to see us on our own. We had veered off course by a few kilometers and this mishap actually had a bonus as the guide mentioned that we were near numerous fumaroles. 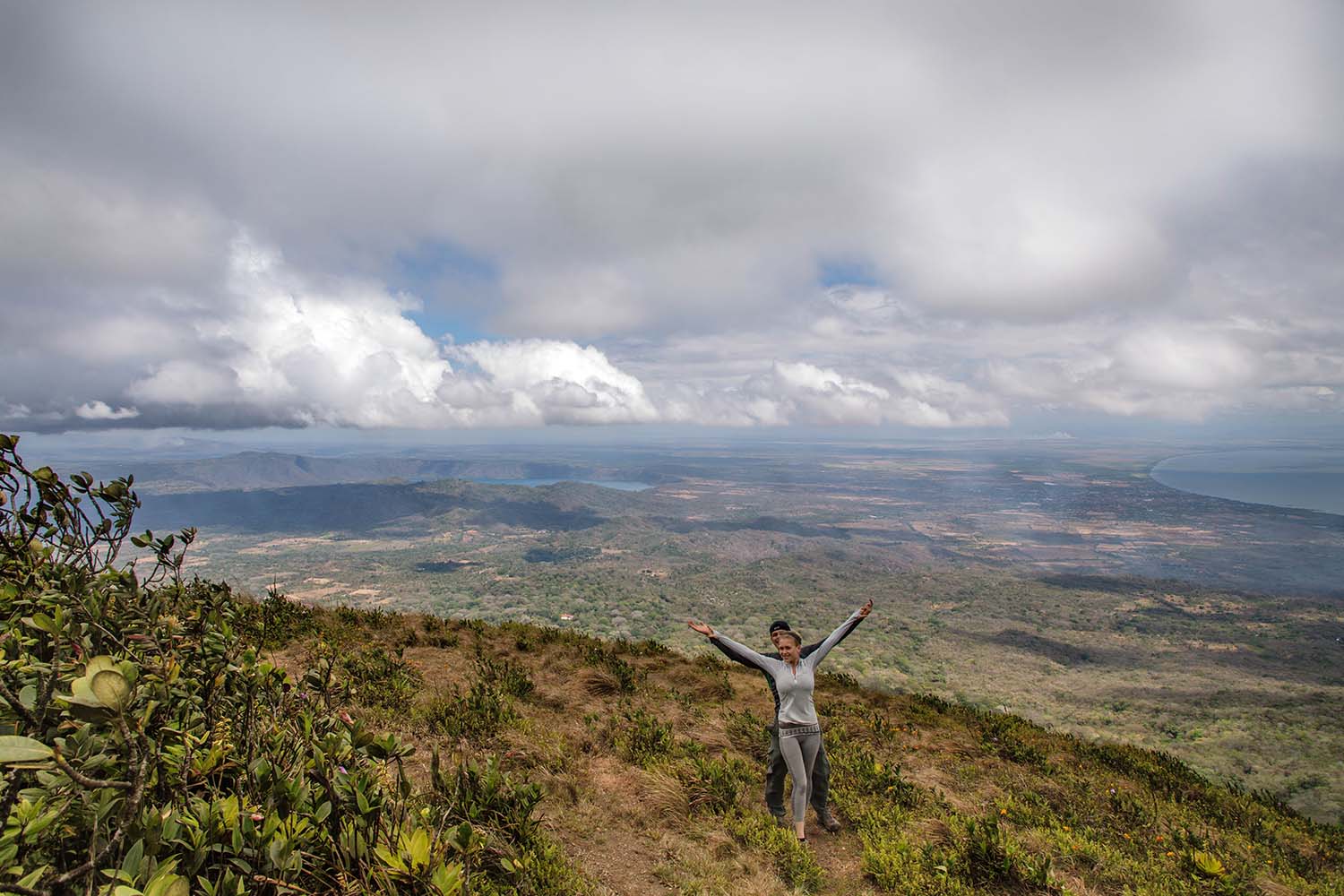 I have done research and found out that the forest was teeming with sloths. Our necks were hurting from straining but no luck, we just couldn’t spot one. So on the way back, I met a guide and told him that he will get $20 if he finds us a sloth. I was determined, damn it!

It took him a while but he found one. The poor thing was drenched from the rain and was almost impossible to spot. The pictures didn’t turn out well but at least we saw one! So that counts. 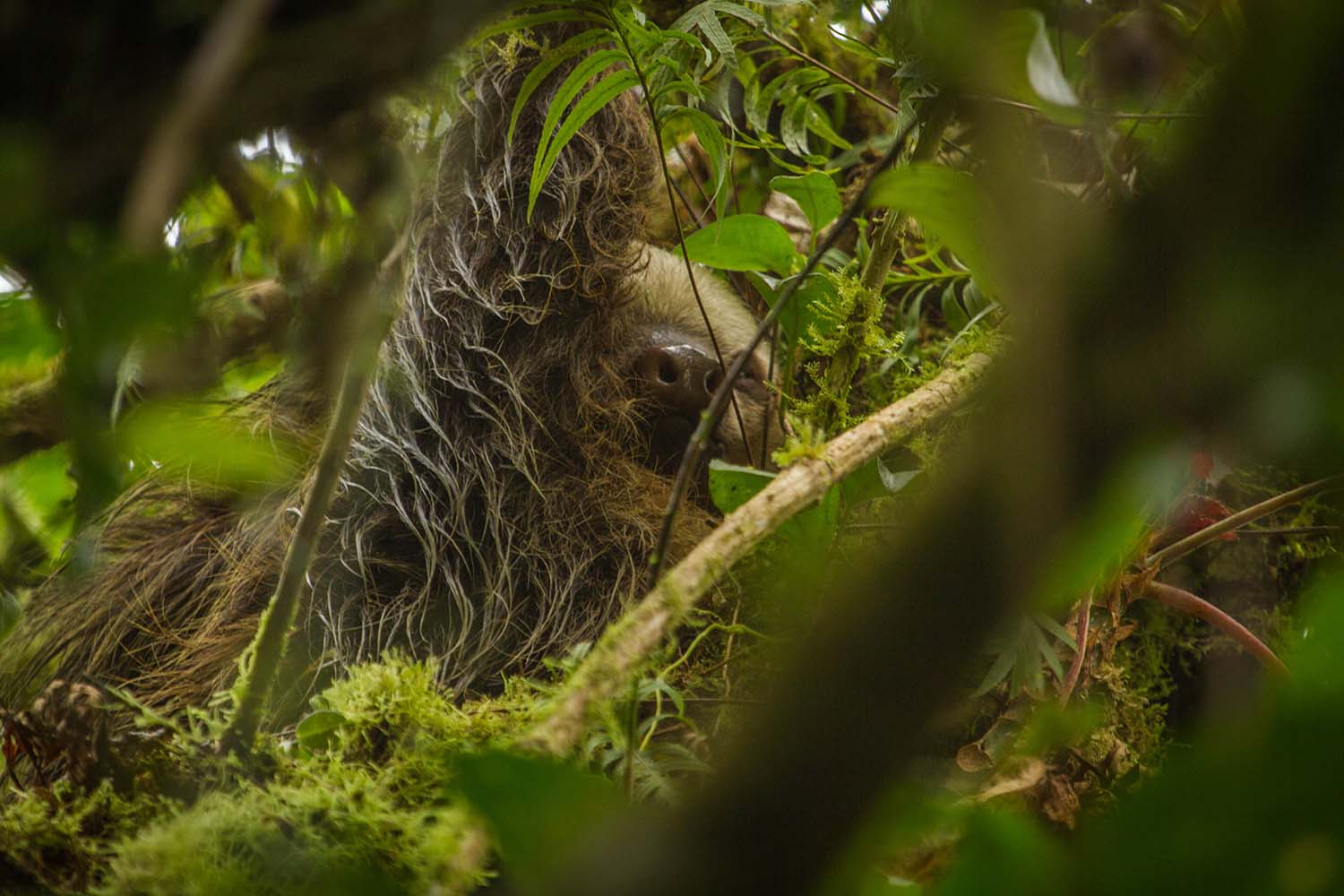 Upon reaching the visitor center, we decided not to wait for the truck to take us back down and just walk it. That was a terrible idea as the slope is very steep and your knees are taking some serious punishment. It took some time in blistering heat, but we made it. 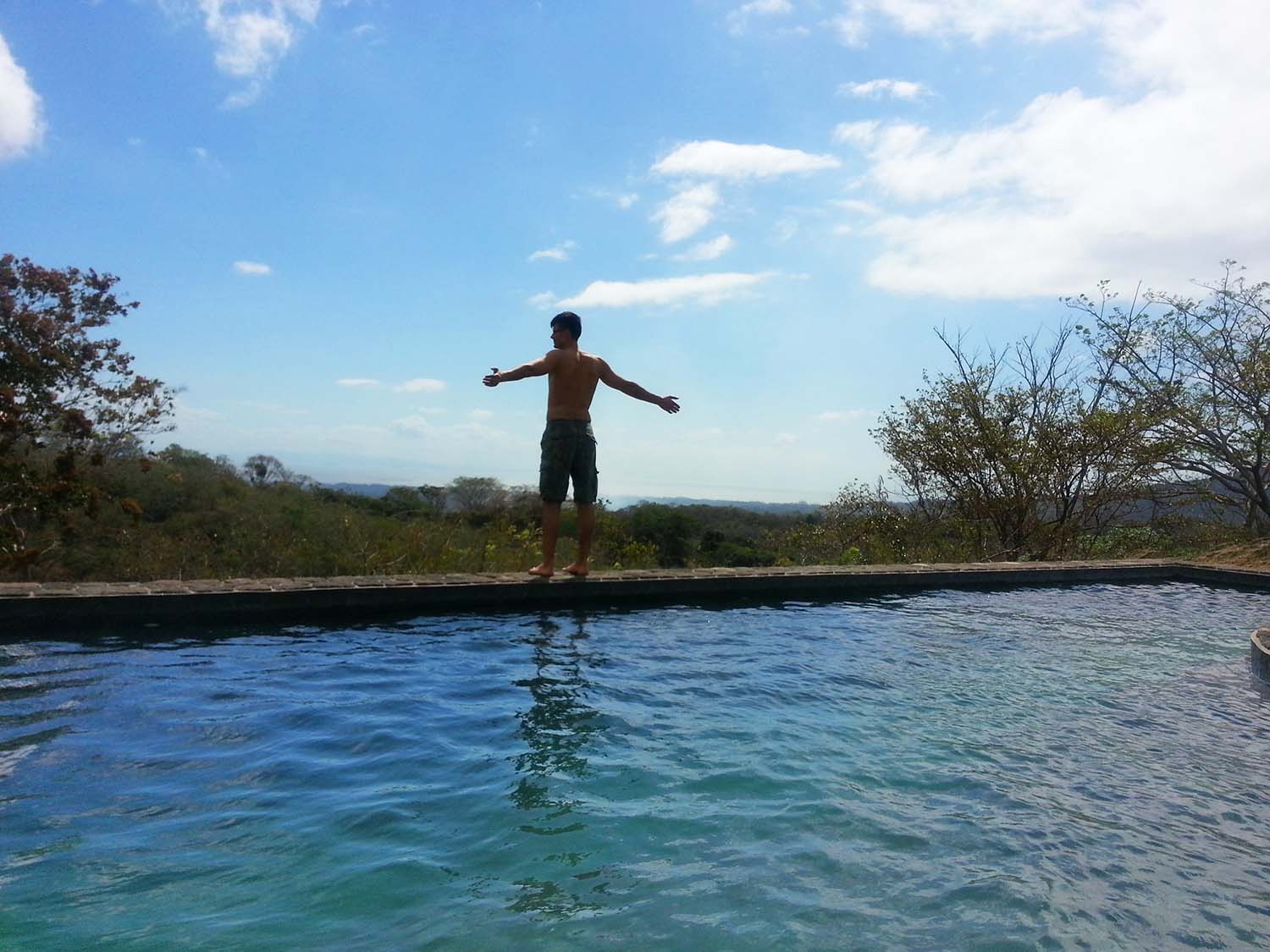