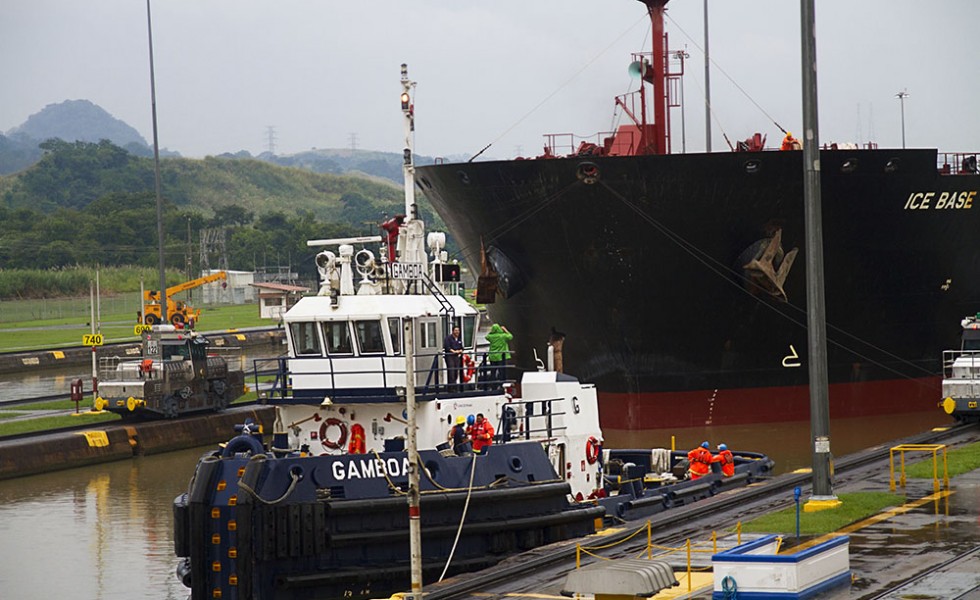 For anyone that wants exercise with adventure, I would like to recommend fishing with locals.

We are early risers, and while walking on the beach one day, we saw a group of locals disembark on the beach and run around. Our curiosity could not let us walk past them and we decided to investigate what was the big commotion. When we got there, the locals said they were fishermen and were about to pull the net out. We offered our help with the pulling of the net and while they were surprised at the offer, they readily accepted.

Now, I have never pulled a net out of the ocean and let me tell you, it is HARD!! The rope is biting into your shoulders and arms and to move a meter worth of net requires monumental effort. The women were waiting beside the boat and the men sang songs, exchanged jokes and kept on pulling. The hands and feet of these guys are rock hard and muscles that they have most dudes that work out wouldn’t even know existed. Lifting some weights in front of a mirror pales in comparison with this strenuous activity. We kept on pulling for what seemed like an eternity. All of the sudden frigates and pelicans started dive bombing near the shore and as if on cue, the fishermen dropped the rope and ran out into the surf to pull out a huge ball of flapping fish. At first, it seemed as if there were thousands upon thousands of fish in the net and there would be no way that a dozen boys and men would be able to pull them onto the shore. However, there is a tactic to this. They wait for a wave to come in and as soon as it crashes into the net, they would pull. This requires patience and strength. Balance as well, as I sadly found out wiping out from time to time.

The moment the net is on the shore, the women and kids get to work. They peel the net carefully and start sorting out the fish. 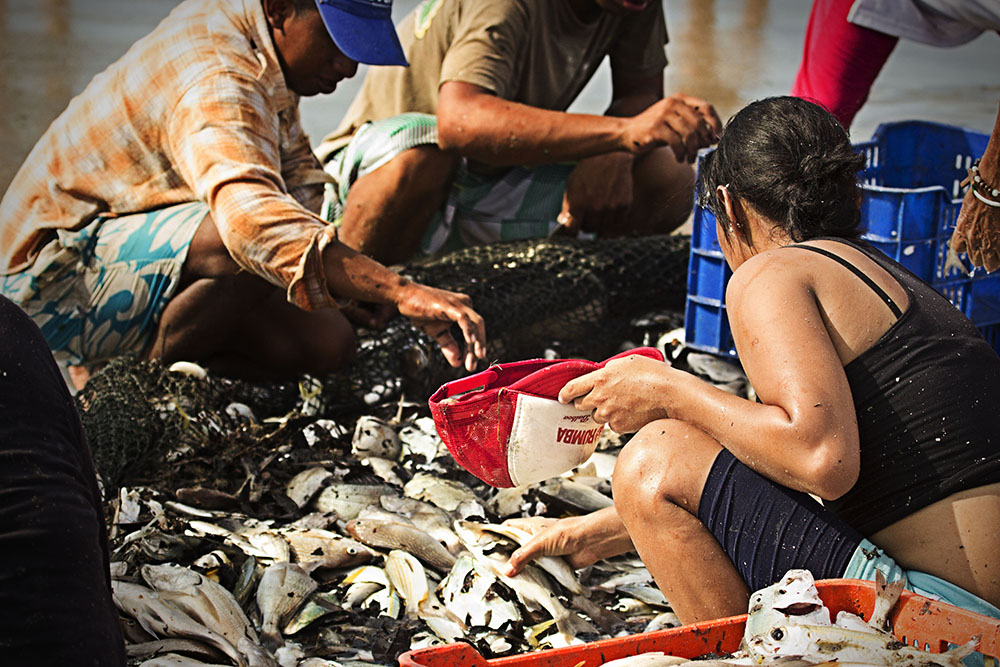 Watching this spectacle unfold from far away, it appears like a group of people are busy digging in this sand but if you are standing knee deep in flapping fish, it is an unforgettable experience. The moment the fish are out of the water, they start flapping their tails on one another and this sound drowns away all other noise. The smell of fish, fighting frigate birds and pelicans, the Panamanian fishermen that are directing the sorting process, all of it creates a such a hum that you feel detached from the world. 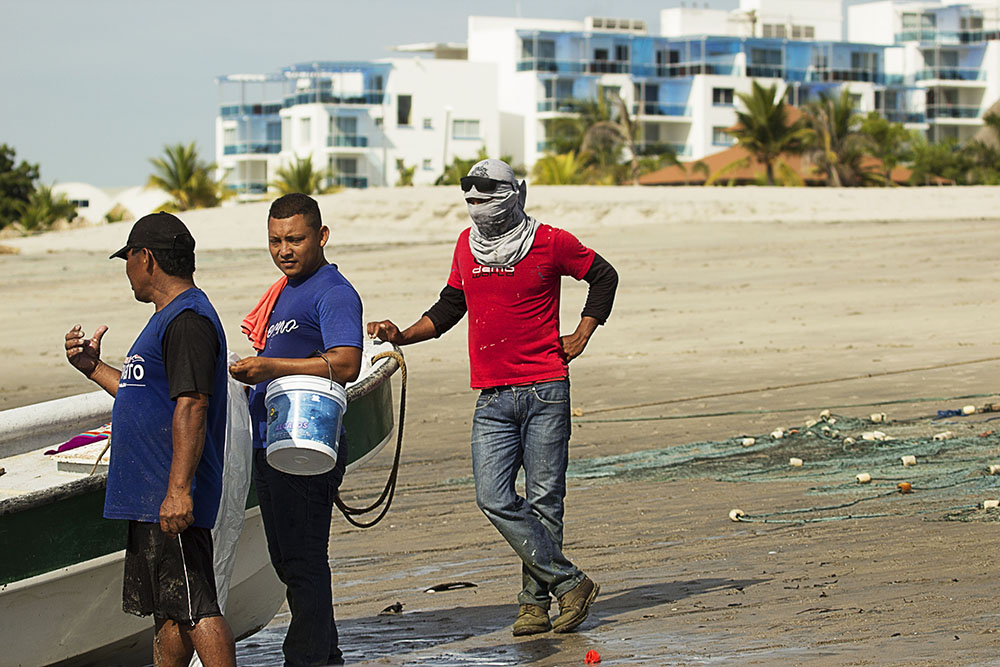 The fish are sorted by type and size into buckets and bags. Lobsters and shrimp are placed with care into handwoven handbags that the women carry. Everything stinks like fish and the smell permeates through clothing of the fishermen but they were so busy sorting the fish that it appeared as if they themselves came out from the depths of the ocean. 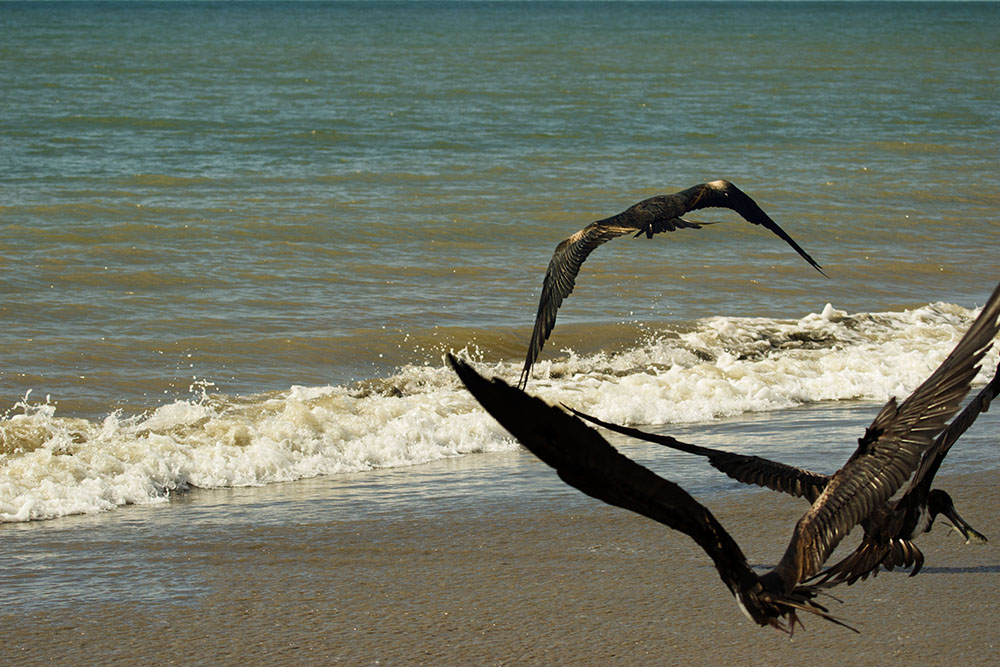 We had an interesting observation in regards to species of fish that were unwanted. Sharks, puffer fish, rays and others were thrown back into the water as quickly as they could get to them. The fishermen did not waste a single fish and all were either collected, released or the small, dead fish was thrown to the frigates that were flying a mere meters overhead, jockeying for the best spot near the net. Our fishing experience was nearing the end and as we headed back to the hotel, we realized that we spent almost the whole morning there.

Our next goal was to visit the famous Panama Canal and we headed out towards the newly renovated, world famous Miraflores locks. 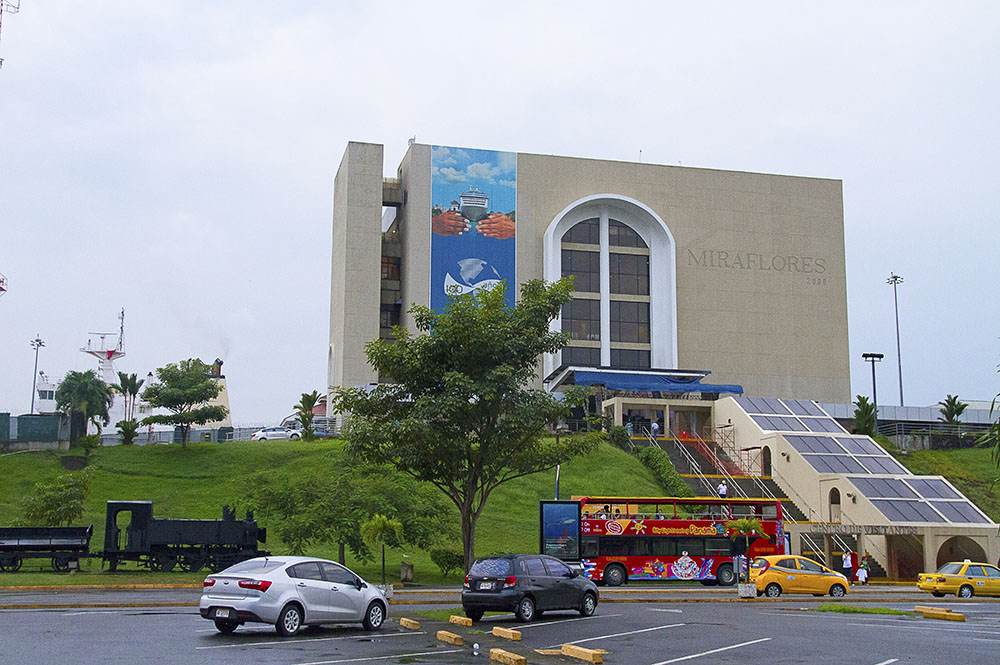 We suffered through directions on the map and signs along the way to find our way here. Interestingly, the actual sign that points to their biggest landmark is a lot smaller than the one that points towards the Albrook Mall. Priorities, priorities. The parking is free and since it was pouring rain, we had no troubles parking right by the entrance. 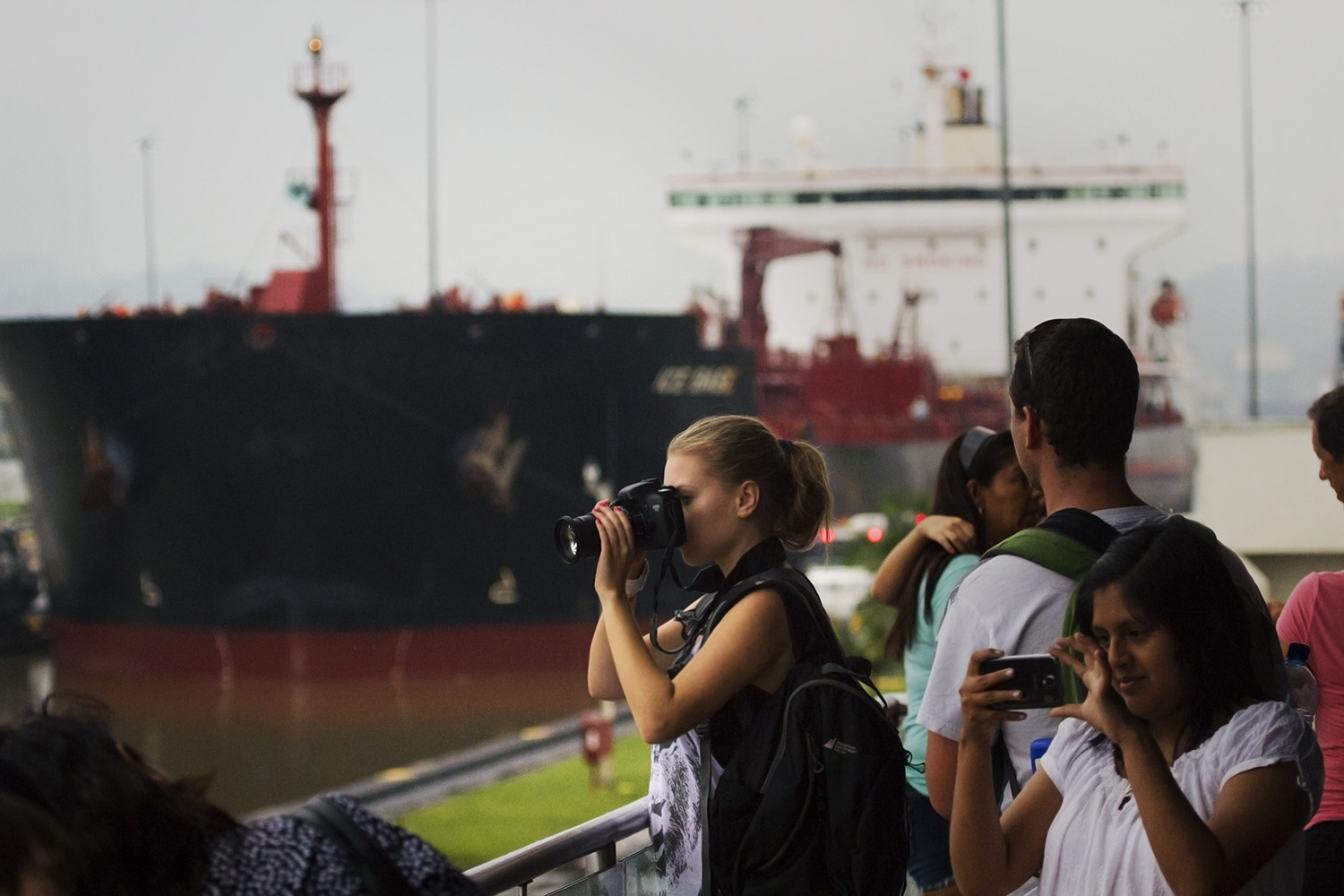 To enter the complex, you pay $20 and then are free to go up to the gallery and watch the ships. We walked in and the security guards were too busy chatting with a group of girls. Guess no one wanted our $40 so we went in to the observation deck. The deck is a gallery that has enough space to take pictures or just sit on the benches under the roof for comfortable viewing.The ships that are being towed through are absolute mammoths and to see how that whole process is unfolds was Elena’s childhood dream. Part of the reason we came to Panama was to see the canal. 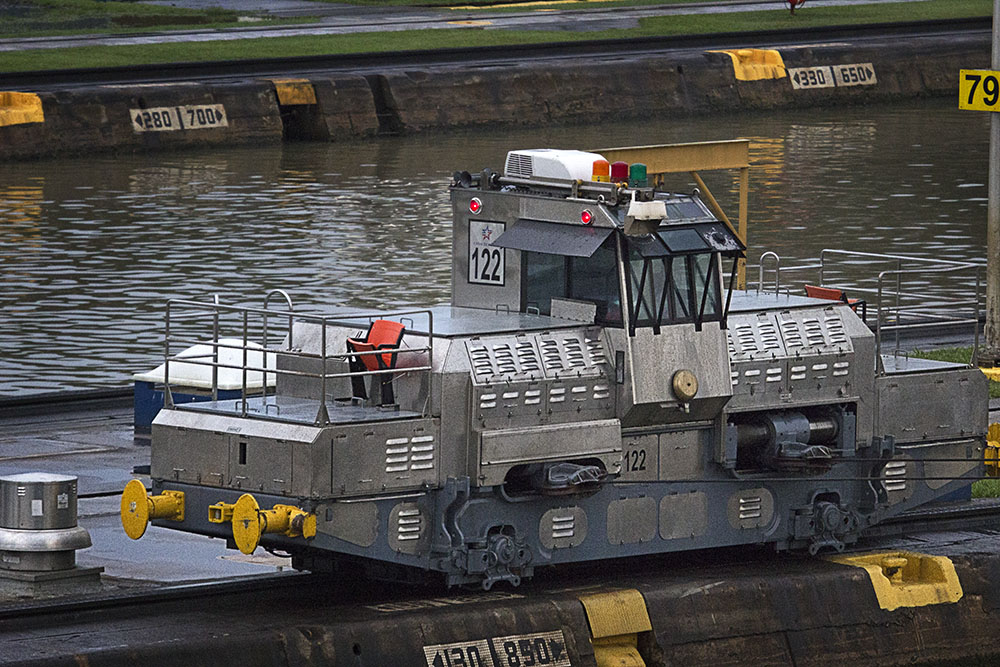 Not to get overly technical and boring, the process is this: The ship arrives in the artificial lake and upon entrance to one of the locks, gets boarded by a “pilot” who will guide the ship through. Once the ship is in a chamber, the water rises 26 meters and thus lifts the ship. The ship is then steered through the lock all the while being supported by little “trains” whose sole purpose is to make sure that the ship doesn’t bang into the walls. Once the ship is through, the water gets released to the sea level and the vessel is ready for its voyage. 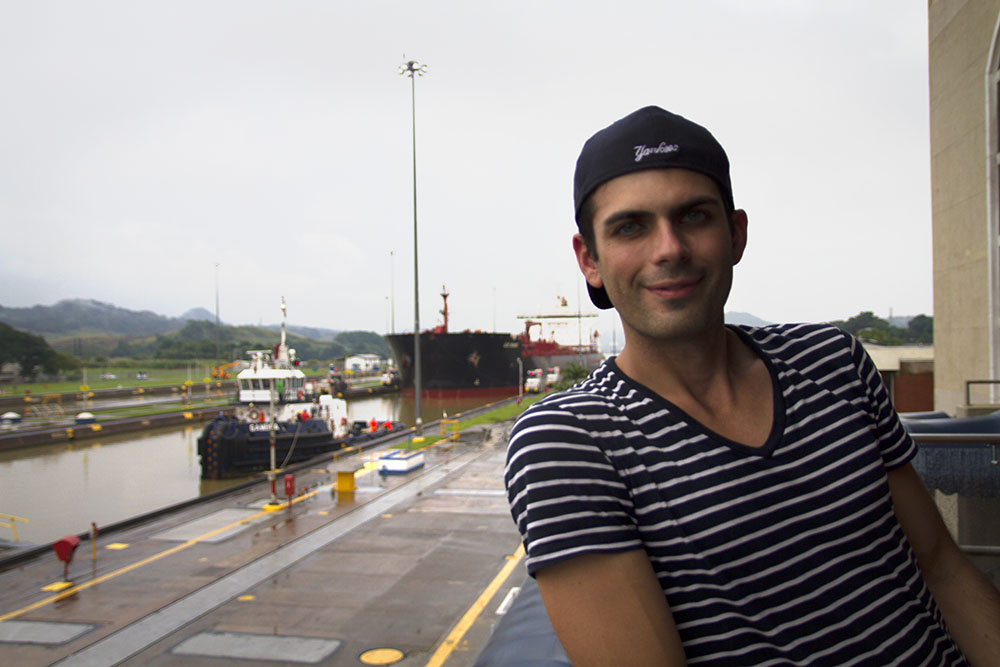 Miraflores locks are convenient due to variety of reasons; location, gift store, restaurant (about that later), and of course the gallery. One tip to be aware of, Miraflores gallery closes at 5pm and everyone then is ferried out. You could ask one of the guards for a “favor” to stay a little bit later. Which we did and totally do not regret it as we were all alone to witness the sheer size and grandeur of these ships. 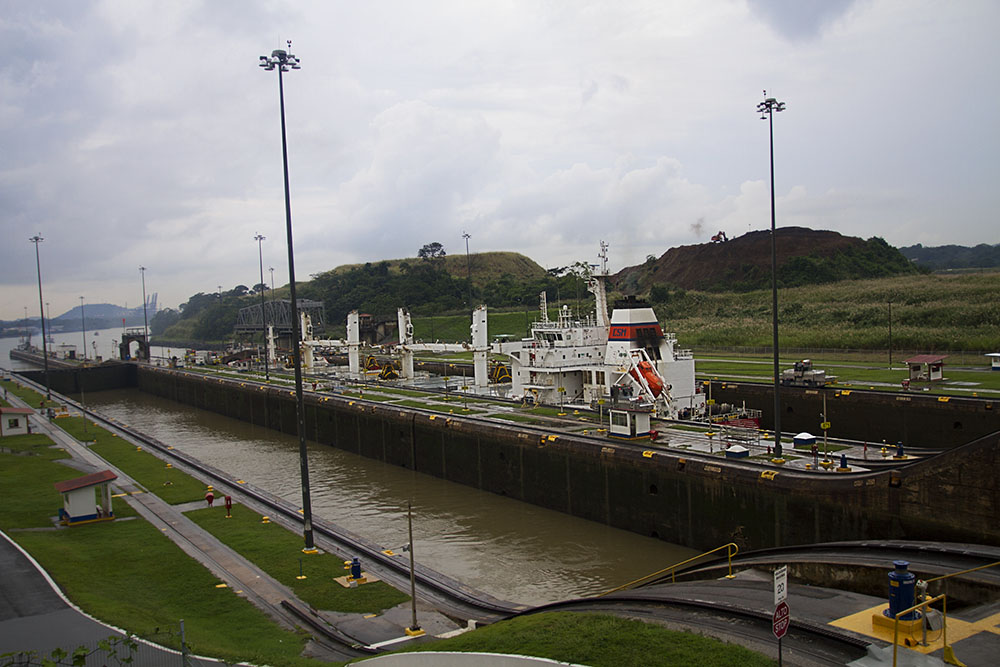 We were amazed beyond words at this man made wonder and while it was breathtaking to see, we were conscious of the fact of thousands of lives that were lost making the Panama Canal. 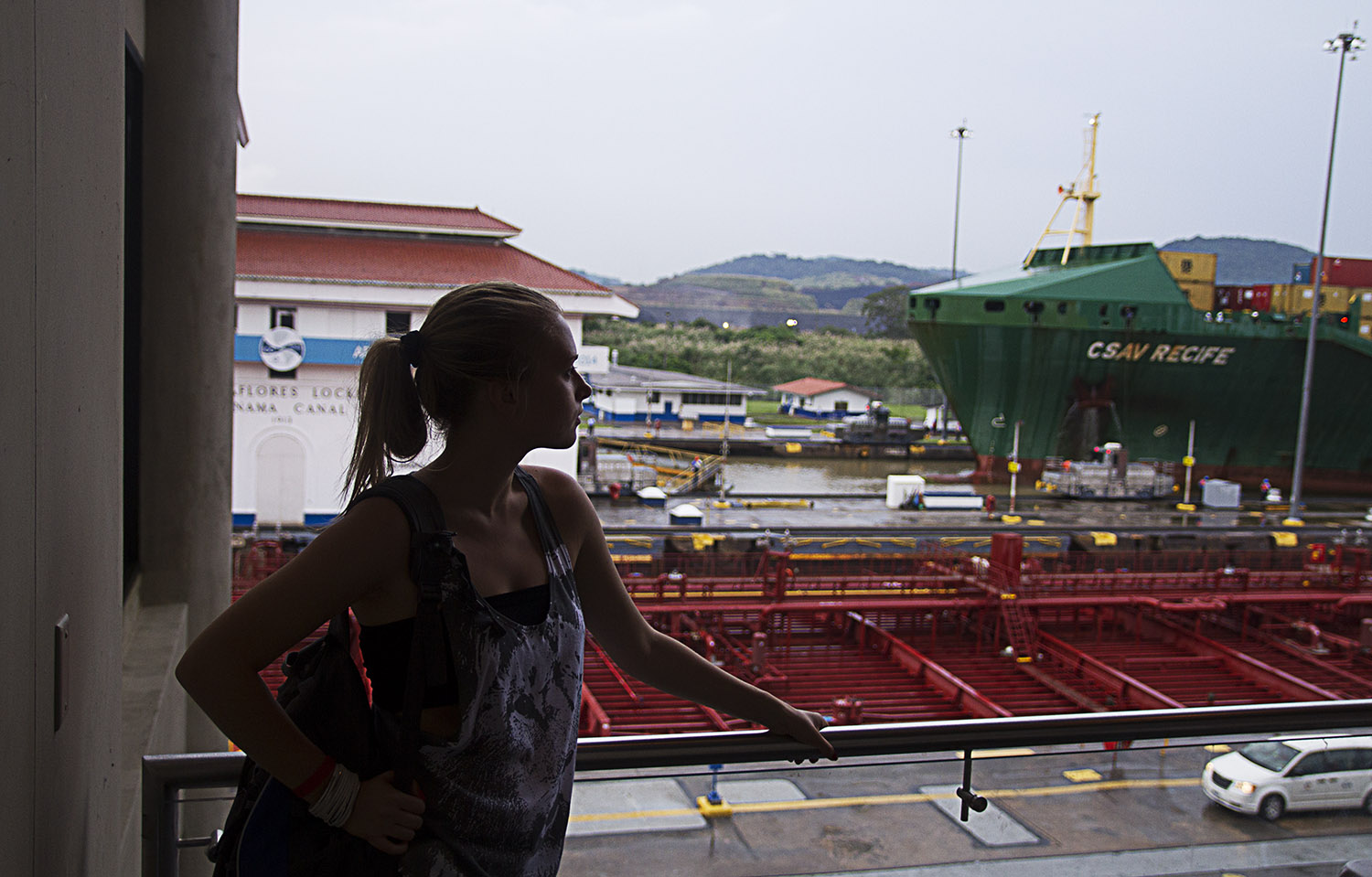 We sat in silence honoring their sacrifice but then a guard came back and ruined our solitude. We had to leave and while reassuring the guard that we were leaving, we sneaked into the restaurant that is a floor up. Once again, no one asked us what we were doing there and left us alone. Not only did we stay there, but were able to secure seats on the patio to continue watching the ships go by all the while enjoying a glass of wine. I highly recommend stopping by the locks to see them in action but during their regular hours, on a sunny day, during the busy tourist season, this might be chaotic.