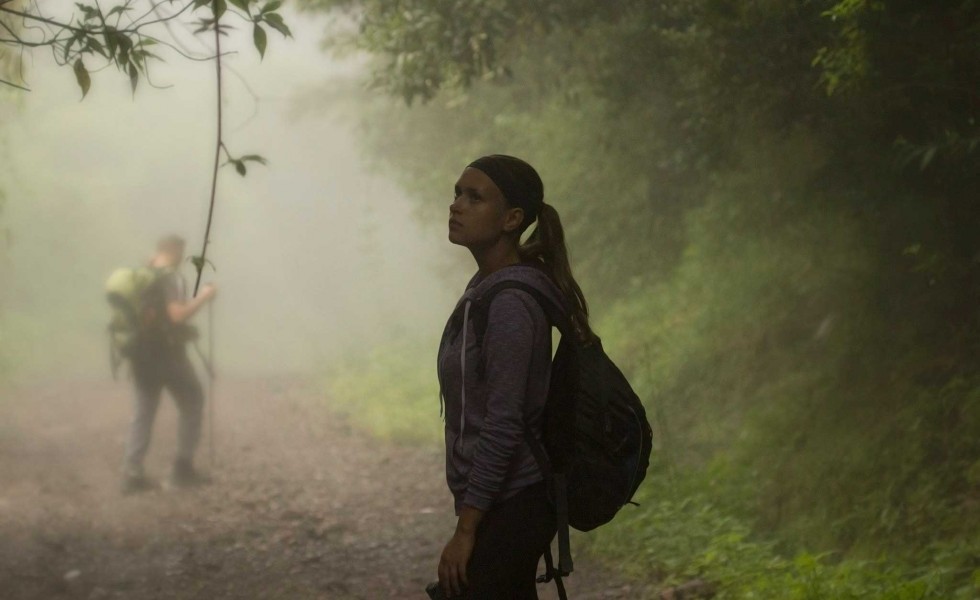 We set out to climb Volcano Baru a mere 369 km away from where we were staying. Our itinerary included driving for 6 hours to retirement paradise town of Boquette. From there with the help of guide extraordinaire Armando we would climb the volcano through the night and return the following day. 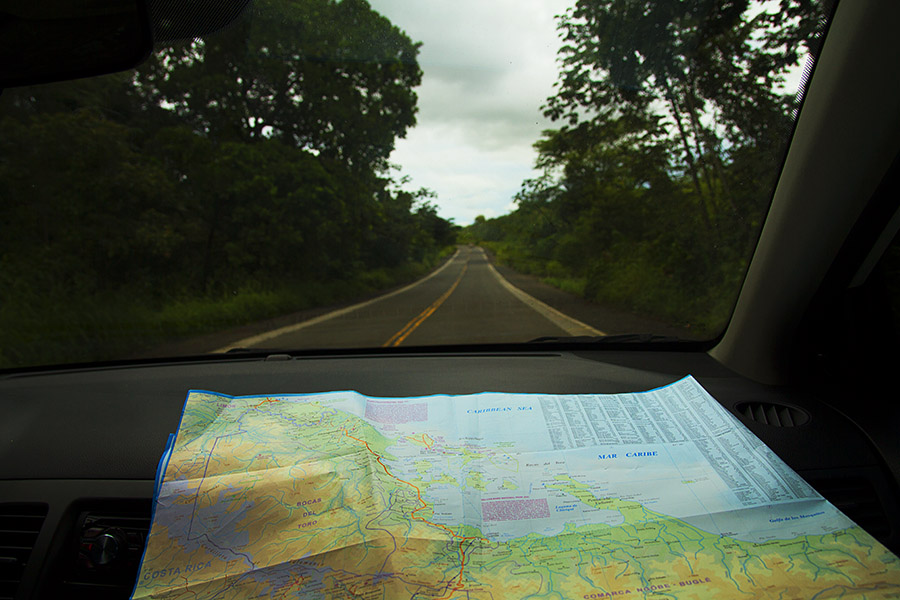 The journey to the sleepy tourist haven of Boquette is not an easy one. The distance of 369 km is not that extreme or difficult to imagine. I was in disbelief as to why would google maps calculate the driving time to be close to 6 hours. I was confident that it can be done in less than 4 hours. Mistake #1. Construction to expand highway 1 stretched out to encompass almost two provinces and 200 kilometers. Constant stoppages, speed drops from 80 to 30. Maneuvers around tankers, backhoes and other heavy machines. Potholes the size of a satellite dishes and winding roads in the mountains proved google maps correct. To get to Boquette did in fact take me 6 hours and change and it was exhausting enough that wrapping my mind around our upcoming climb up a 3800 meter mountain was too much for me at that time. 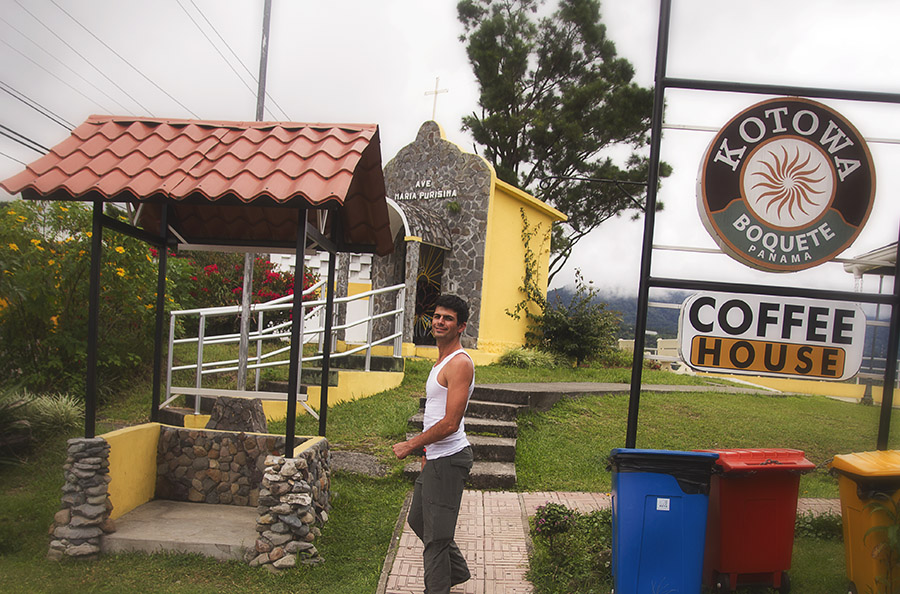 Boquette is world famous for being voted one of the best places to retire and also home to some of the most amazing coffee in the world.

The altitude is perfect for coffee growing and the lush fertile land around the Volcano have contributed to a thriving coffee business in the area. Note of interest: Gesha or better known in the west as Geisha coffee bean is grown here and for two years in a row Gesha coffee was voted as the #1 coffee in the world. (Starbucks sells it for around $7US a cup). 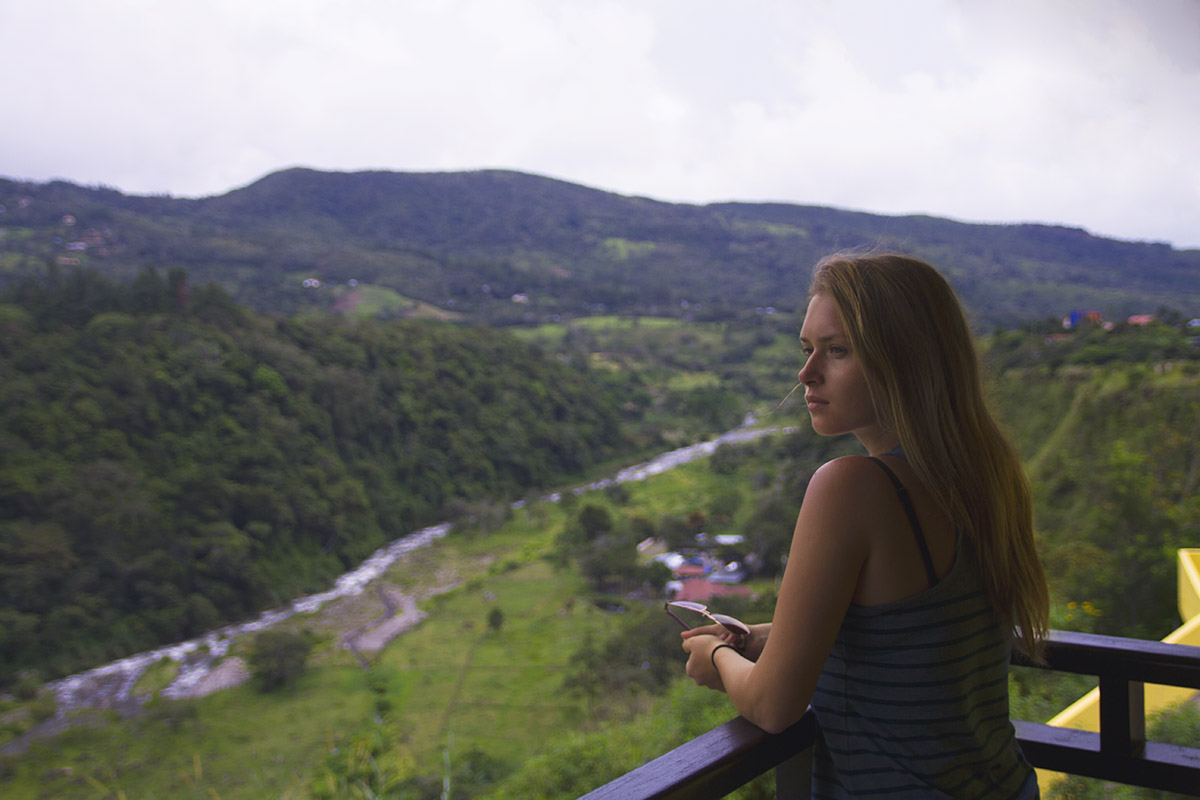 Our first experience with Boquette and the towering mountain was in Kotowa coffee house on the outskirts of the city. We were just stopped again for passport check and were weary from the long drive. We saw a quaint little coffee shop and decided on stopping for a quick dose of caffeine. We ended up staying for an hour instead. The coffee house turned out to be a museum and a lookout point. We wandered alone, reading about the history of one Canadian man that turned his dream and passion into one of the best brands of coffee in less than a hundred years. 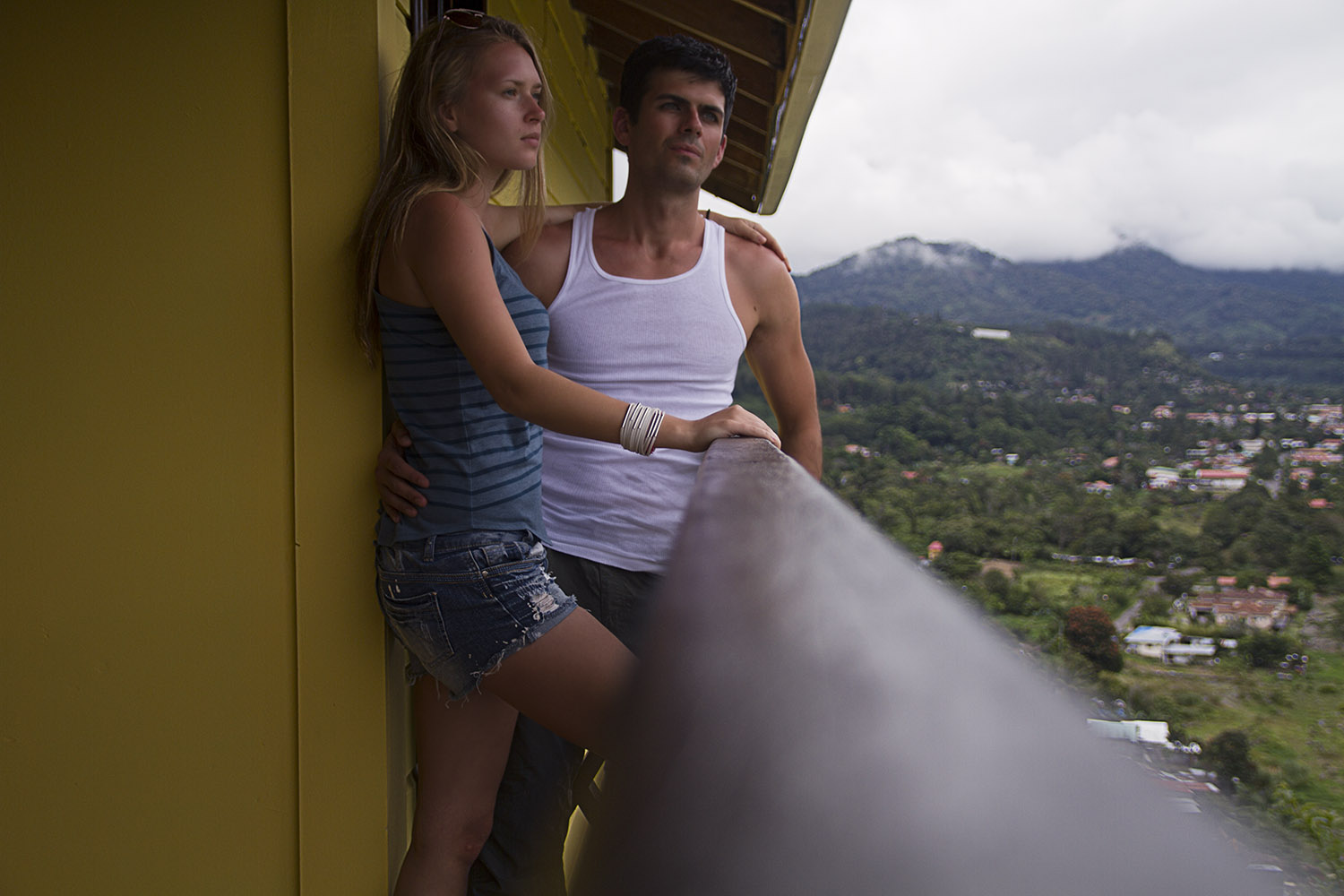 The lookout point literally takes your breath away as you open the heavy wooden doors on the second floor of the museum. The valley below takes words away. The cool breeze and freshness of the air engulfs your whole being. I remember musing how little is needed to appreciate the true gifts of God. Views of valleys, mist covered jungles and stillness. Always the stillness. That is where rapture exists. I strongly suggest stopping in this coffee house for the view, history and amazing coffee. 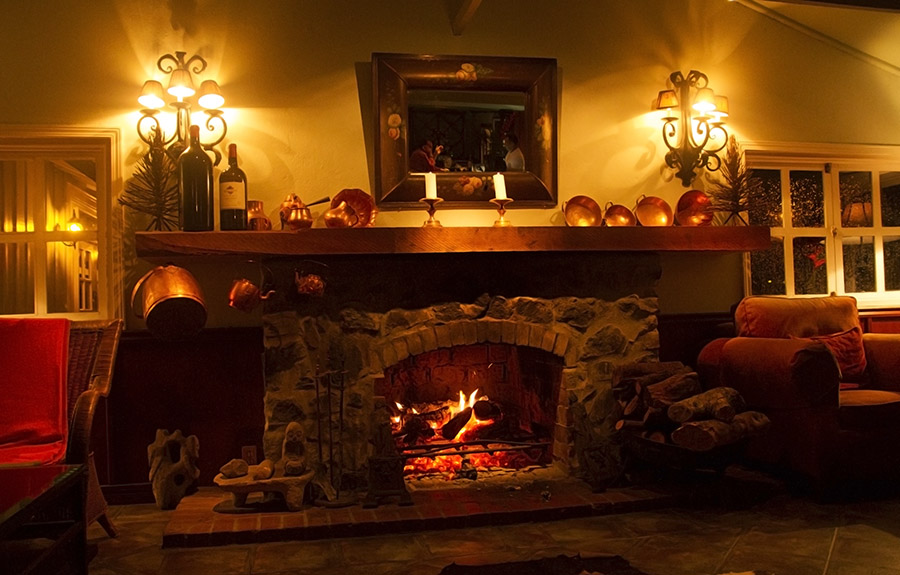 While exploring Boquette, we discovered the Panamonte Inn. This hotel deserves a full blog post for itself. I will try to cramp it all in one paragraph instead. We needed a place to pass the time before our massive hike and we stumbled upon this jewel. Panamonte is known around the world and has hosted such notable dignitaries as Ingrid Bergman, Charles Lindbergh, and Richard Byrd. The only article in the guide book that I agreed with was the description of the hotel and its magical fireplace bar. The pictures don’t do justice to this amazing place. Those who can afford to stay here will not be disappointed. Class and attention to detail is visible everywhere. We ordered some french onion soup from their world renowned chef and submerged ourselves to the ambiance. The rain was coming down with ferocity outside and watching it fall added a natural soundtrack to an already magical place. I wondered what peace Admiral Byrd must have felt to stay here and write his memoirs about conquest of Antartica. 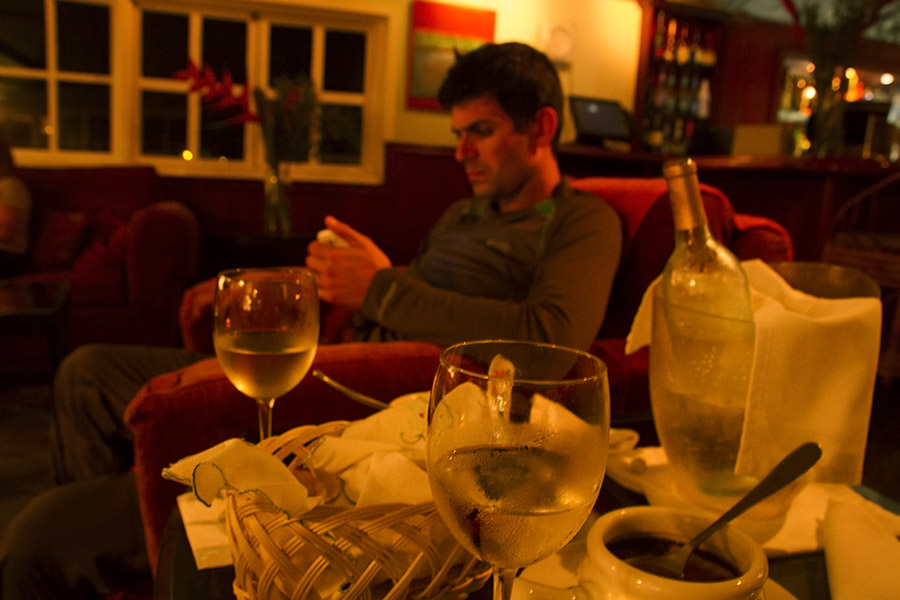 Our conquest was meager in comparison but nevertheless tough. We tried to get as much rest before sleepless night and sat immersed in our thoughts. The clock struck 10 pm and we had to say goodbye to this unforgettable lodging and make our way to meet with our guide in the city centre. Armando is known to many people in the area and he has a stellar reputation as hiking aficionado and a very attentive guide who knows his craft. Armando had climbed the towering 12000 foot mountain 93 times. To get to the top of this giant, you have many options. Take a jeep ride to the 12km mark, ride to the 3rd km and walk the remaining 10km or do the insane way that Armando specializes in… To walk, crawl and climb the full 13.5 km to the top. At night. We chose the latter… 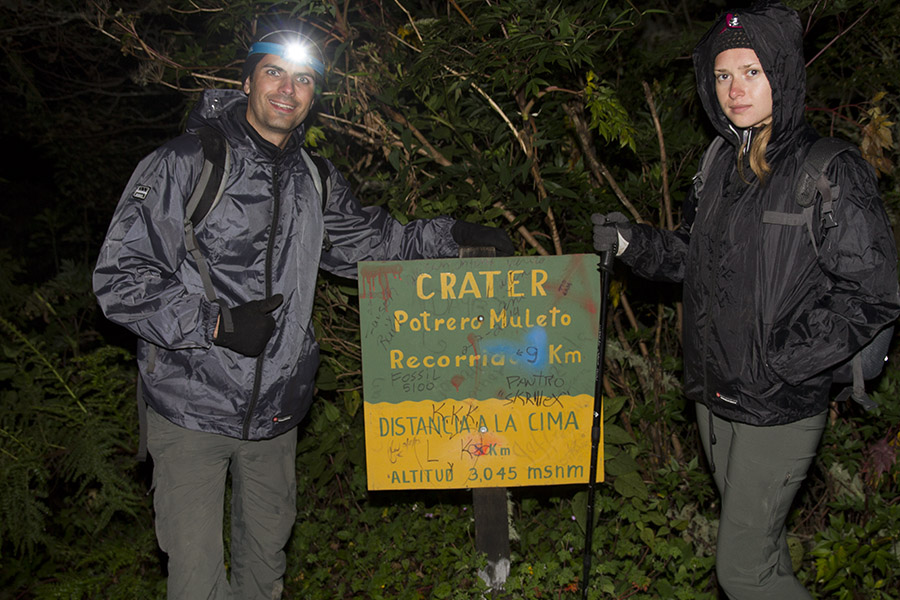 The first few kilometers are not too hard as your body adjusts to the strenuous hike uphill. The blood starts to circulate faster and you are more occupied with spotting wildlife that abounds the volcano. Chirping sounds from insects, frogs and other creatures fill the night. Occasionally, leaves ruffle in an otherwise thick silence that descends on the mountain like a blanket.

Our first encounter with wildlife on the mountain was with an Armadillo.I never knew that Armadillos are so strong and fast. To catch this guy at night in the bush is not an easy task. Then there are the claws that you have to worry about. They sure can move! Elena was distraught finding out that many people eat them and of course they have to taste like chicken. 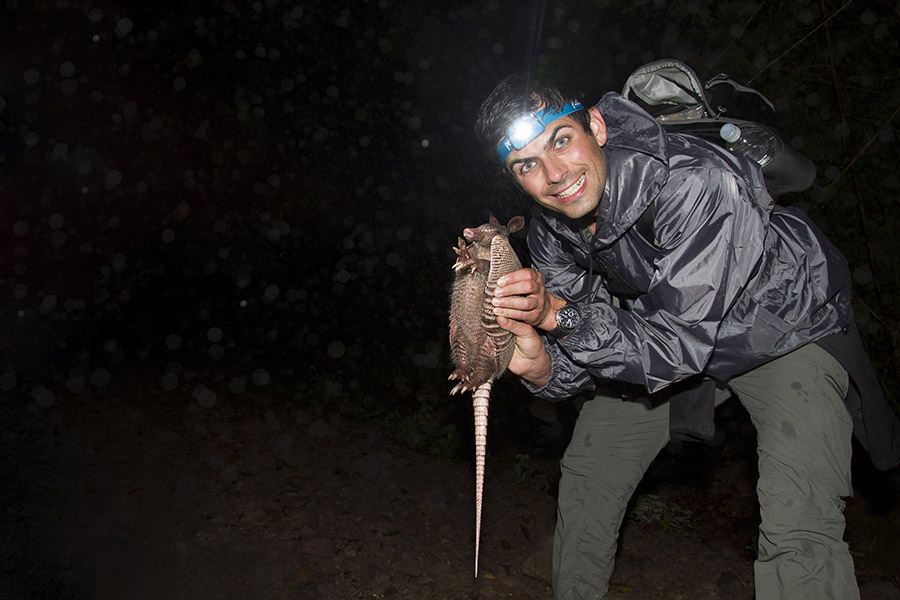 The further you get to the top, the more evident are changes to flora. Trees change with the drops in temperature and shrubs become more scarce with dwindling moisture. Warm clothes are an absolute must! The temperature drops to 0 degrees and gusts of wind will pierce you to the bottom of your soul. 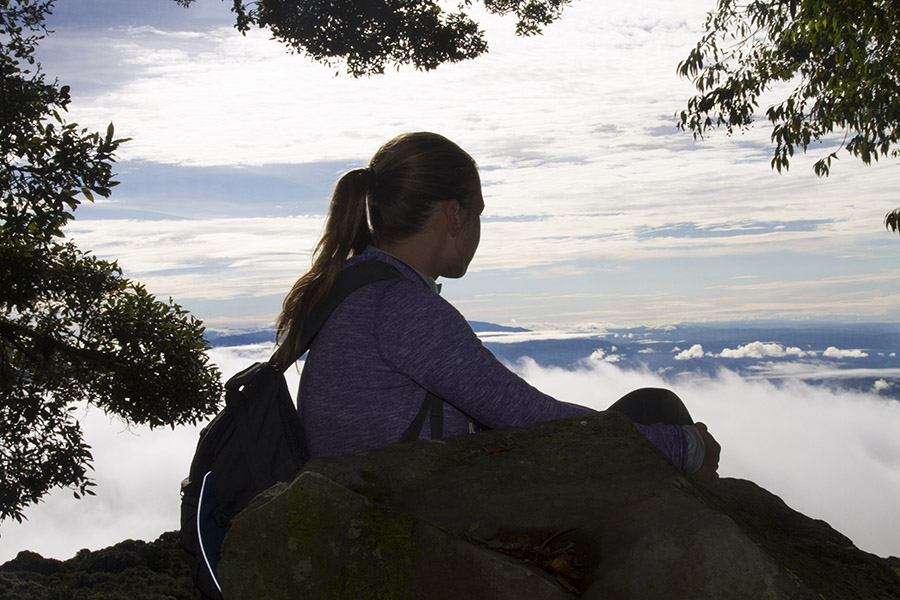 Above the clouds. Now we know what it means! To see the clouds gliding below you is an entrancing feeling.

It is hard to put down in words the elation, the solitude and tranquility one feels at these heights. 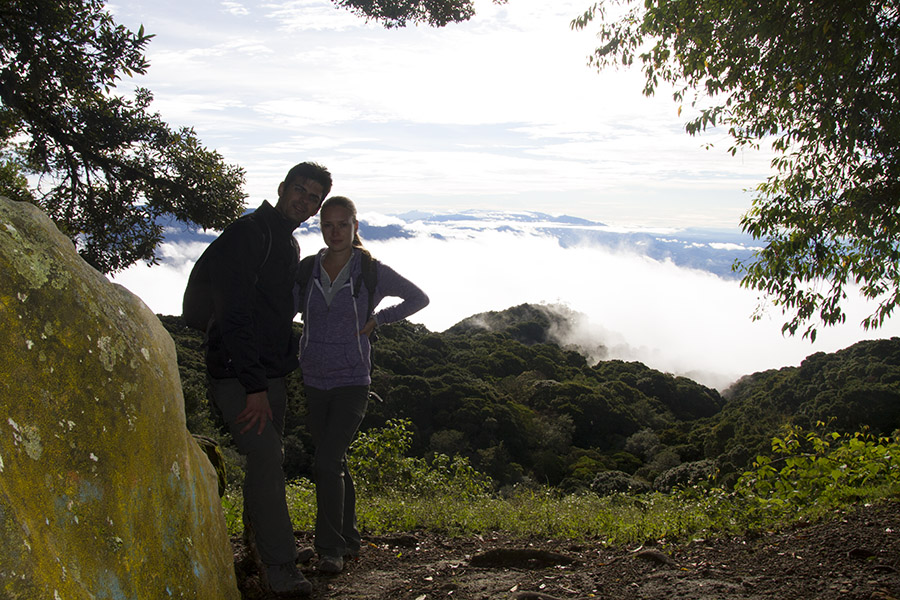 The fatigue does put a damper on the elation of being above the clouds but it is still an unforgettable feeling. Many people go to the top to see both oceans on a clear day but we were there during rainy season and it was almost impossible to catch a good day there. Clouds were moving so fast that a sunny day can turn into a moody, glum setting in a heartbeat. 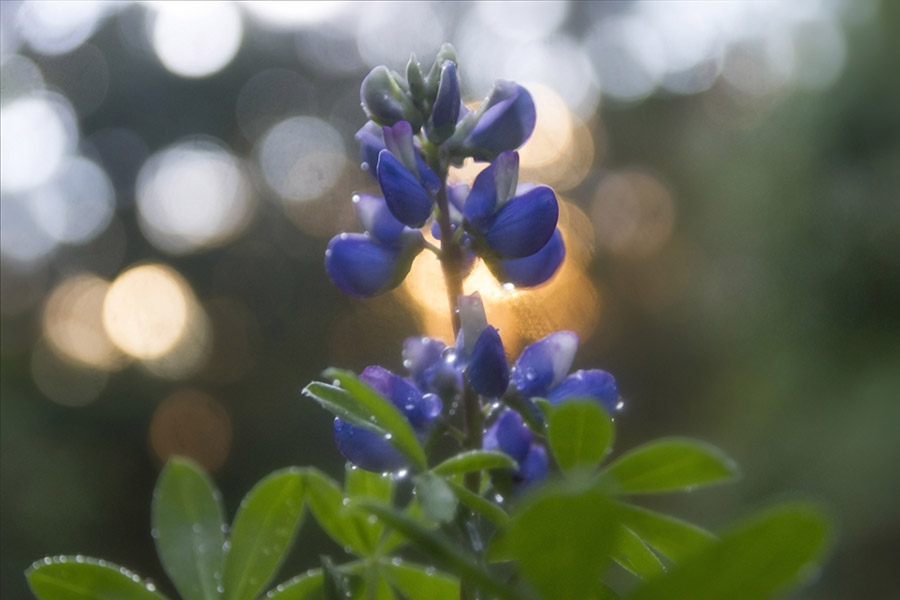 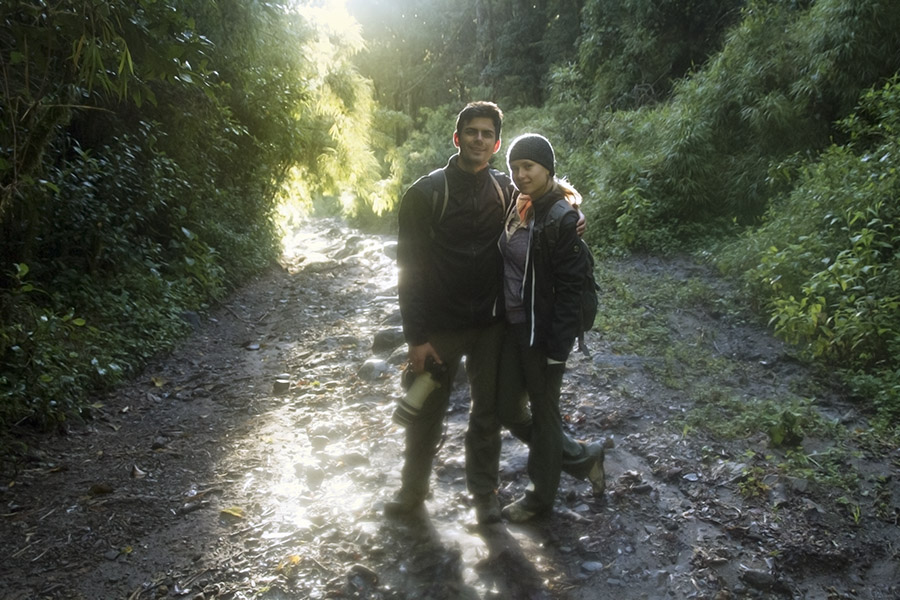 We rested for a bit and made our way back. Muscles that you thought were non existent were screaming at you with every step back. Weak knees would be in agony from this workout. With every kilometer, your legs become more rebellious and refuse to cooperate. Slipping and falling is no longer a threat but part of the whole experience. I lost count how many times we had wiped out on the way down. 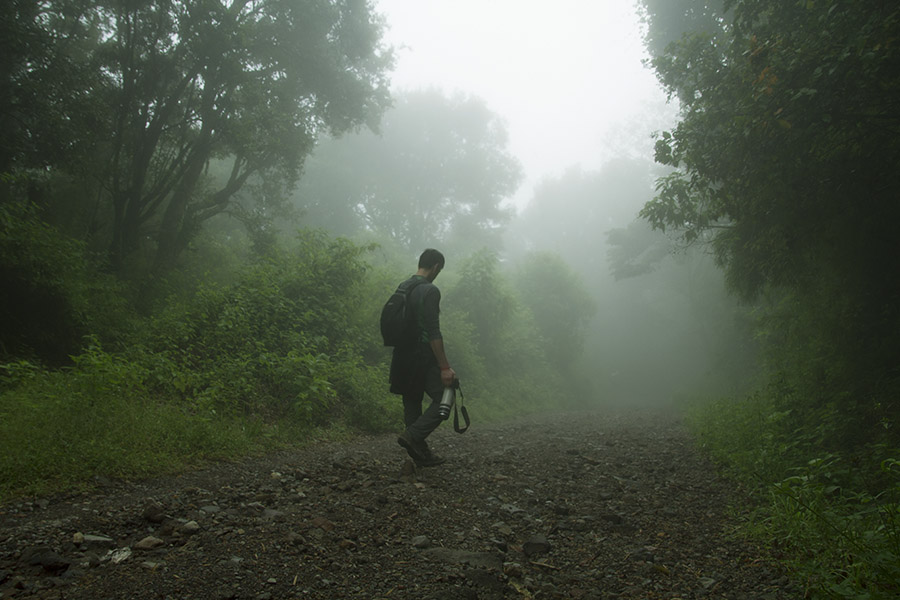 Once you pass 9000 feet the air becomes thinner and more scarce. Piercing headaches and disorientation are common. Armando strongly encourages people to get acclimatized to the altitude by either staying in Boquette for the night or camping in the park. 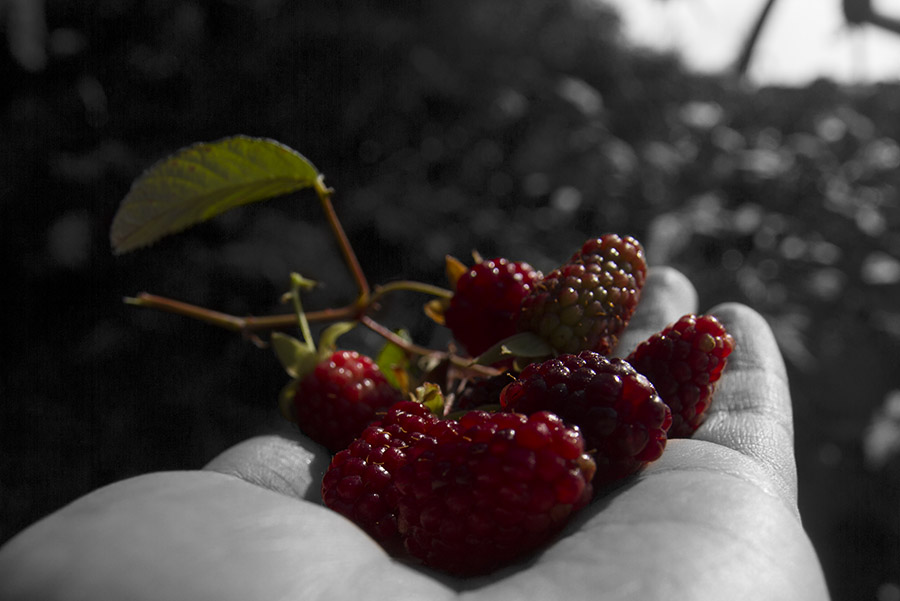 We found raspberry bushes at around 6000 feet and stopped for a quick snack. They were the most sour tasting raspberries of my life. Fatigue and sleep washes away in a flash once you try a few of these things. Wind gusts would bring fog upon us from time to time and visibility would be down to minimum. Wildlife is even more scarce to be found. I have to say that I was slightly disappointed that we didn’t get to see a quetzal or another rare creature but the Armadillo made up for it! 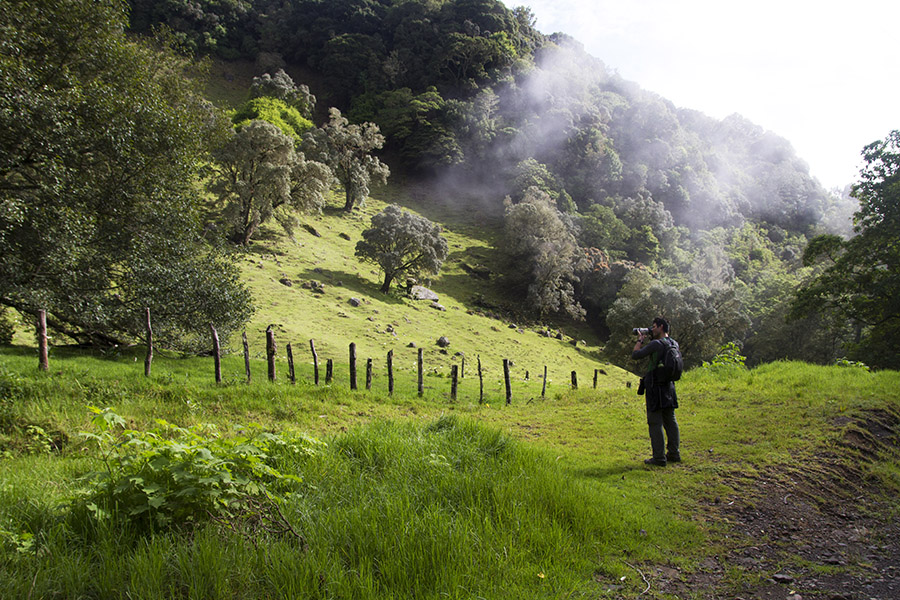 The path curves and bends and after hours of walking and climbing, it dawns on you that maybe you will never get back down. Your spirits are lifted on conclusion of another challenging bend only to drop upon seeing a new bend appear magically around the corner. 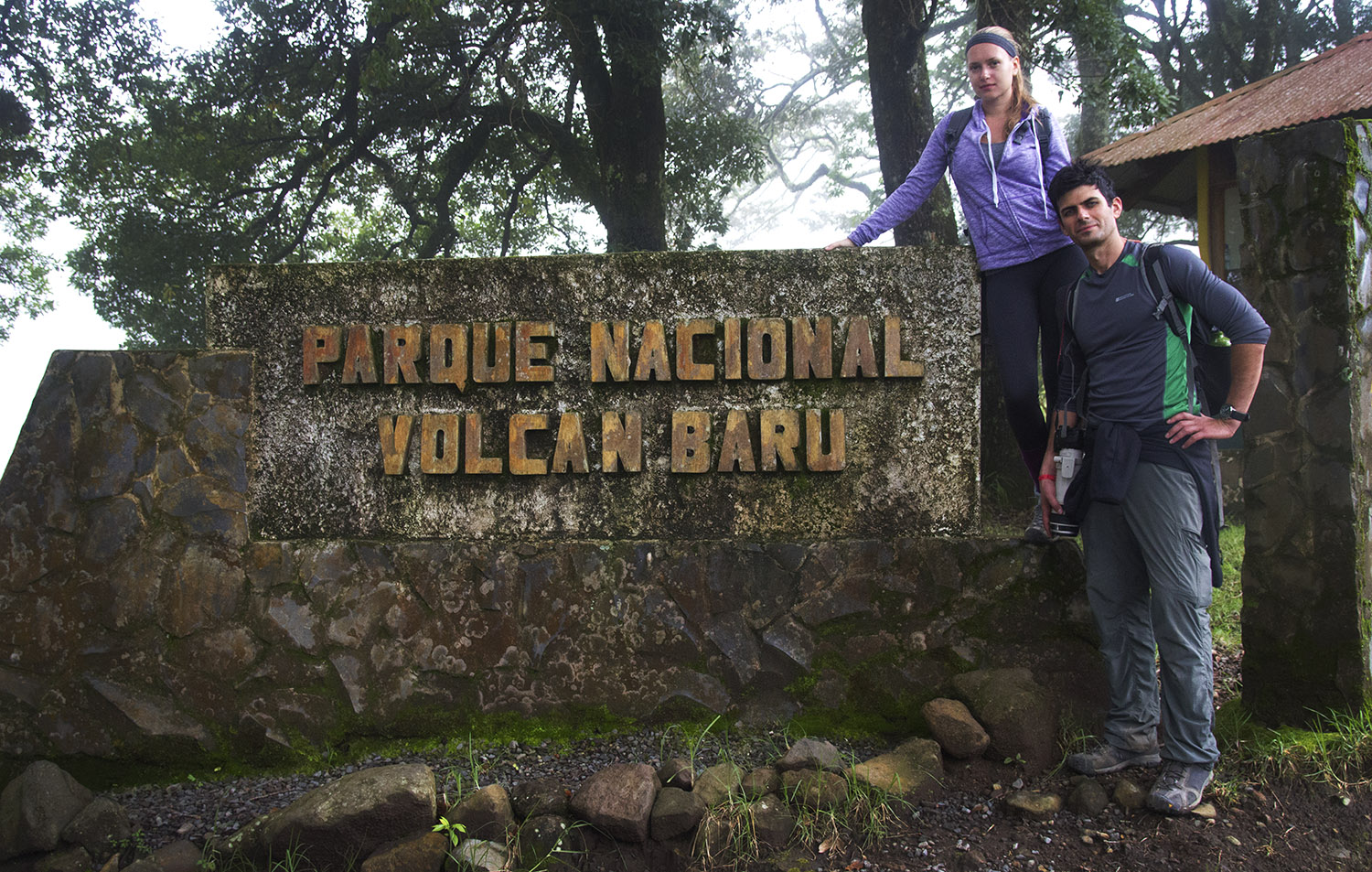 Seeing pavement has never filled us with more joy than this day. Your legs feel like spaghetti at the end. To get to the end you have to be well fit or just stubborn. Once we made it to the entrance of the park, we had to sign the ranger log book, pay the entrance fee ($5 per person) and bid adieu to the best workout one can do.

This was a challenging trek but worth every second! 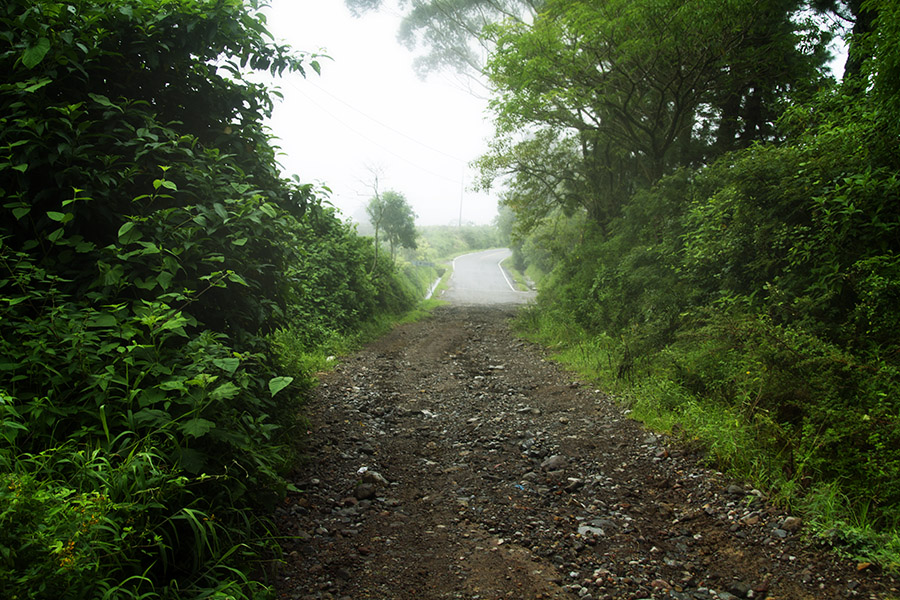 We rested for an hour and slowly made our way back to Farallon, a mere 6 hour drive away. I have to say, between 12 hours of driving, 14 hours of walking and 15 minutes of sleep, jumping in the ocean has never felt better.